In maths this term Year 3 has been focussing on problem solving. We looked at different types of problems including related to money, distances and fractions. We spent a day exploring various combination problems where we had to list all possible combinations of letters, numbers, colours or coins. 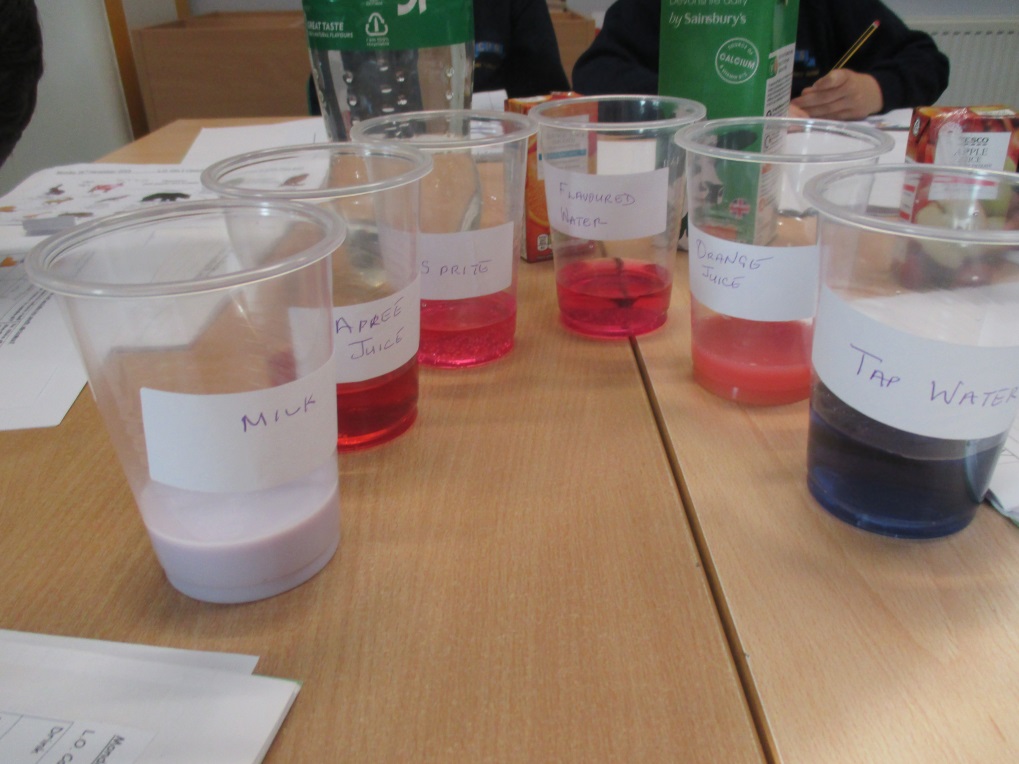 In year3, we celebrated Science by devoting a day to scientific investigations.  One of the investigations focussed on testing for the acidity of soft drinks.  They tested milk, tap water, apple juice, sprite and flavoured water, by adding a small amount of red cabbage water to each sample.  The red cabbage water was prepared by adding boiling water to red cabbage leaves.  The pink colour, of the resulting solution indicated the presence of an acid in the drink.

Finally, they discovered that milk and tap water were better choices.  The children promised to brush their teeth at least twice a day, so as to avoid tooth decay.

During Topic this term, we have been learning about the Stone Age! We took park in a Stone Age work shop where we learnt about the people that lived during that time, what weapons they used to hunt with and artefacts that came from that time period (such as animal skins and jewellery). In class, we focused on how people in the Stone Age lived and even created our own cave paintings to tell a story! 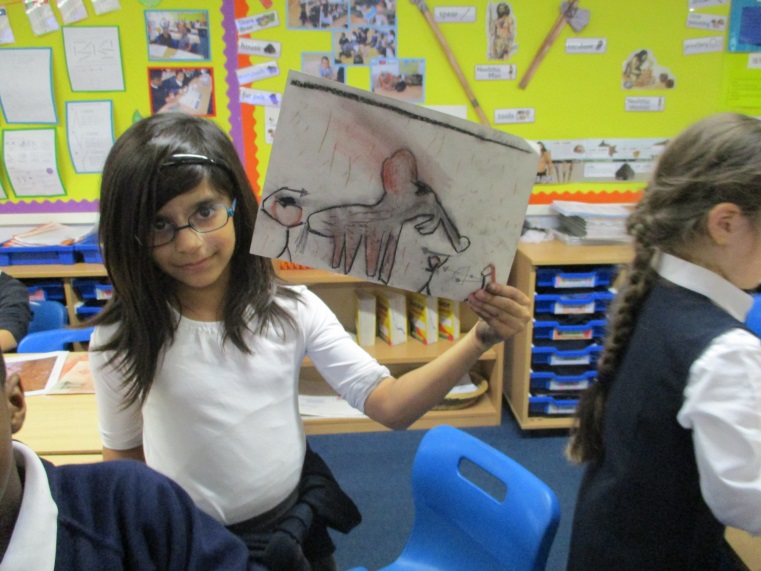 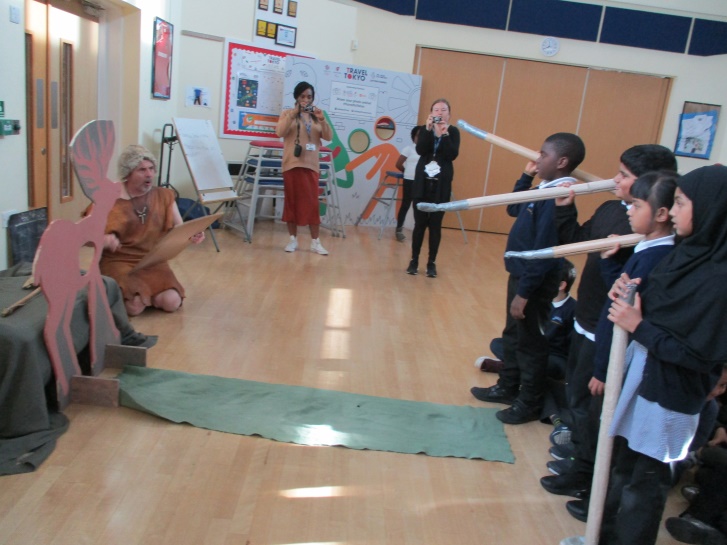