In literacy, we continued reading our whole-class text. We did a lot of work around authorial intent and trying to identify why the author chose to use certain words and phrases, and the impact these have on the reader. We used our class story to create some writing, including writing a diary entry from the view point of one of the characters. We tried to include some of the literary features we have been learning about, including; inverted commas, fronted adverbials and metaphors. Building on form this, we wrote an extended story about surviving a plane crash in the Amazon rainforest!

In maths, we have been developing our problem solving skills by taking part in a range of maths challenges. These included; dominoes, T-shapes, code breaking and the 24 game. Each challenge allowed us to work on a specific problem solving area and taught us to build resilience. We were able to use our basic skills to tackle some of the arithmetic challenges. The skills we have developed have supported us in going on to attempting more complex maths problems. 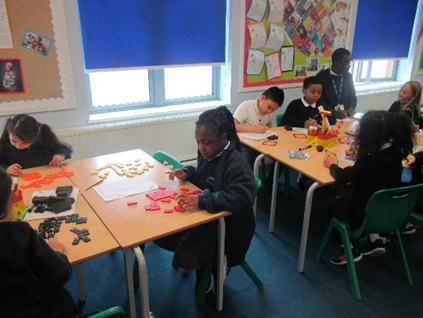 In topic, we have been learning about how land is used in different ways in various areas around the world. We used laptops to learn about what urban and rural areas were and where they could be found within the UK. We also created fact files to explain reasons why people created settlements near the river Thames, such as it has rich fertile soil which is suitable for growing crops and raising livestock. We also used software called ‘Digimaps’ which allows you to look at and compare the population in different areas and also how its climate has changed over time. 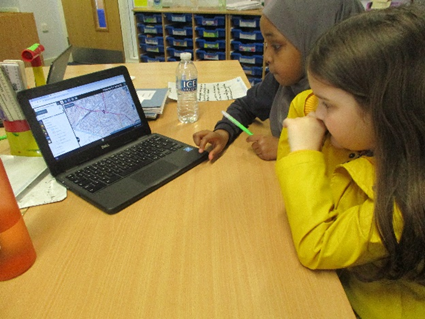 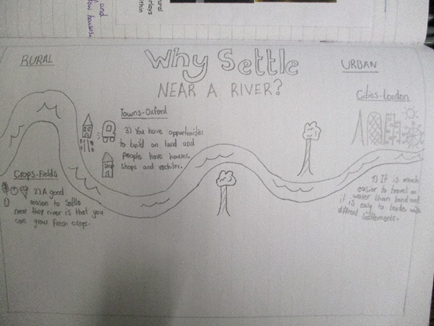