In Literacy, Year 6 have explored a range of extracts from fiction and non-fiction texts, using their reading skills to consolidate their comprehension ahead of SATs.

In Maths, a variety of topics have been undertaken, these include: ratio and proportion, time, co-ordinates and angles. They have been challenged to apply their skills in different contexts whilst discussing how they might use the same skills in everyday situations. 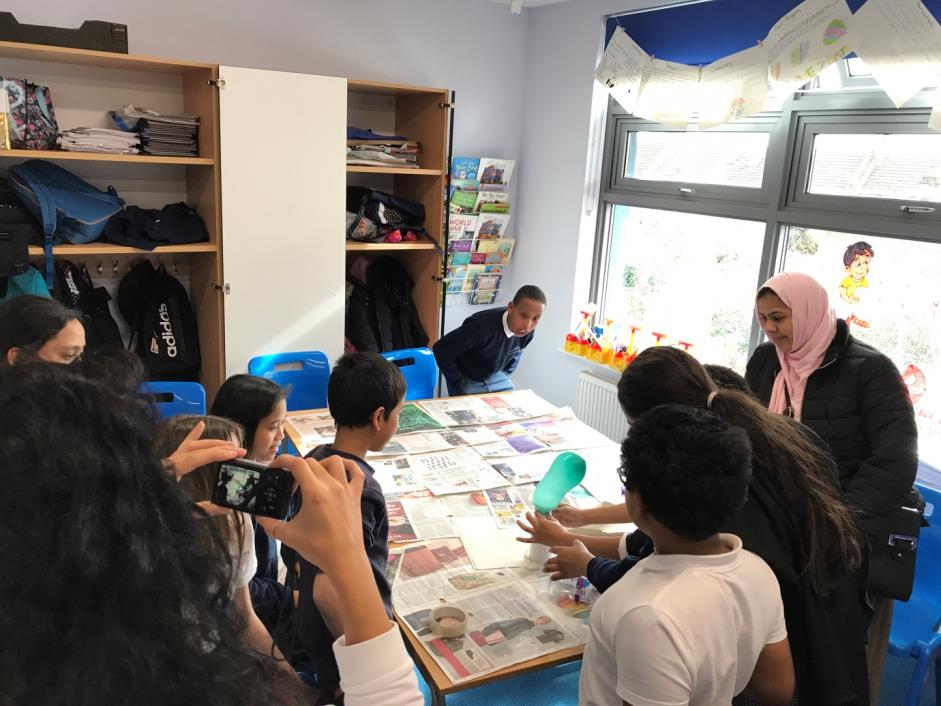 During science lessons, the children have investigated microorganisms –exploring the different types of bacteria and viruses.  Science lessons culminated this term in the Science open afternoon in which each class carried out their own investigations into the science behind…lava lamps, invisible ink, slime, the dominance of the brain and space food. 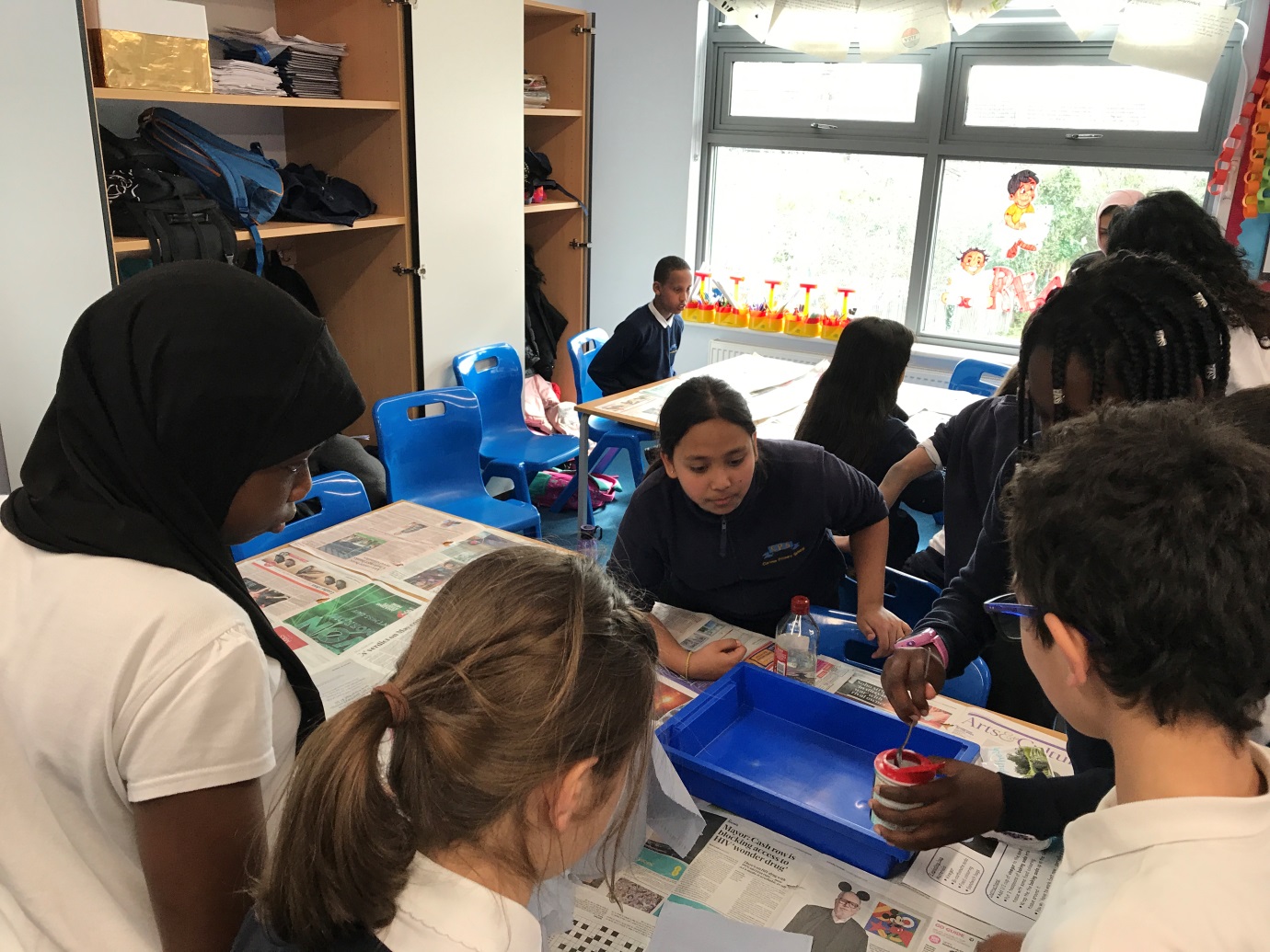 The children spent a lot of time preparing for International Week. They certainly embraced the culture and history their chosen countries. For mini-world this year, year 6 were split into 2 countries: Jamaica and Dominica. In 6A and 6K, they made and sampled traditional food from Jamaica; created fact files, word searches and quizzes; located Jamaica on a map and explored Jamaican art.  In 6B and 6C, they performed a Dominican dance; played ‘pin the parrot on the flag’, demonstrated what hurricanes look like and sampled different drinks and food that are popular in Dominica. They produced a sensational Mini World experience and the week culminated with a spectacular performance during Carnival. 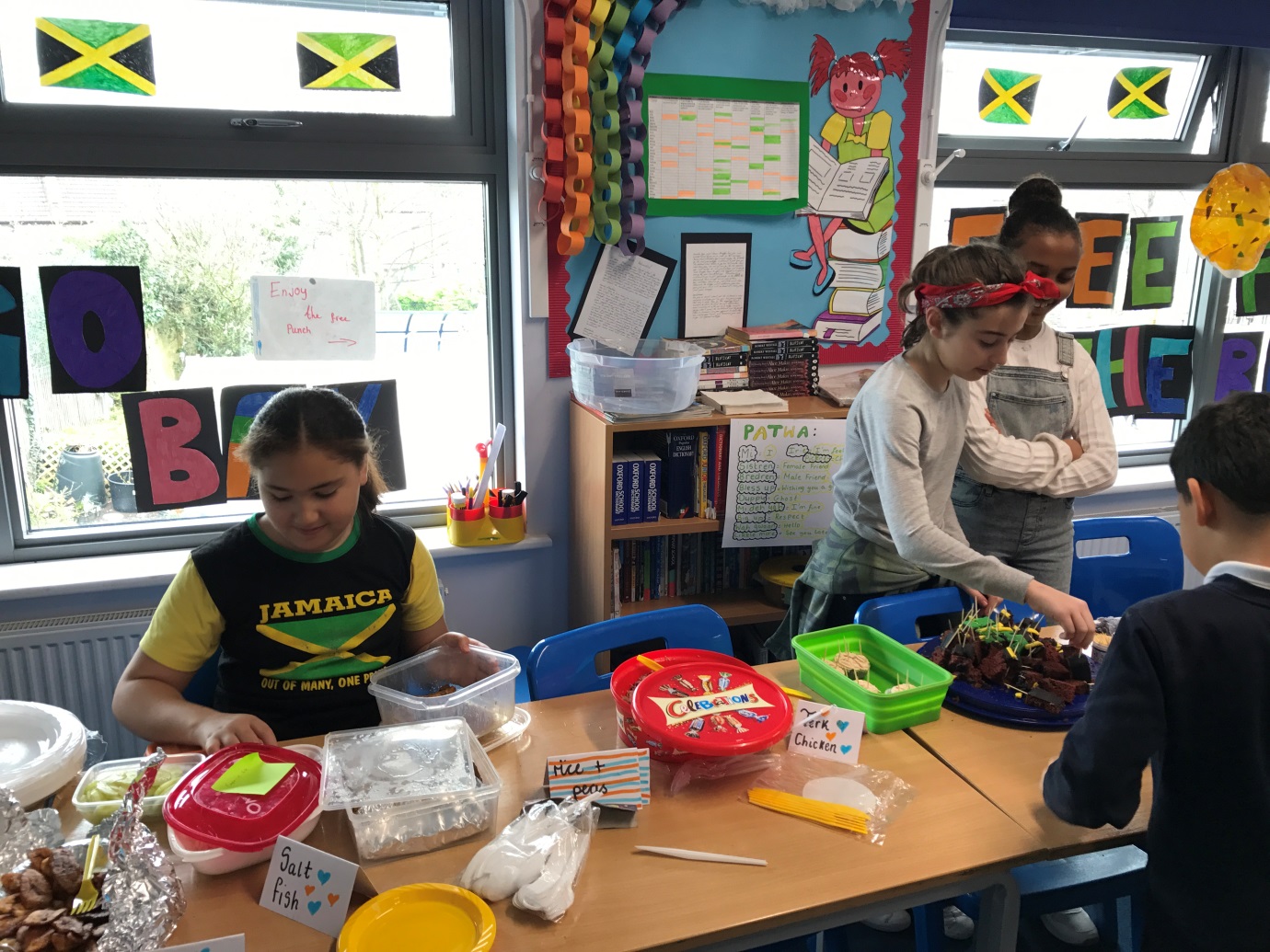 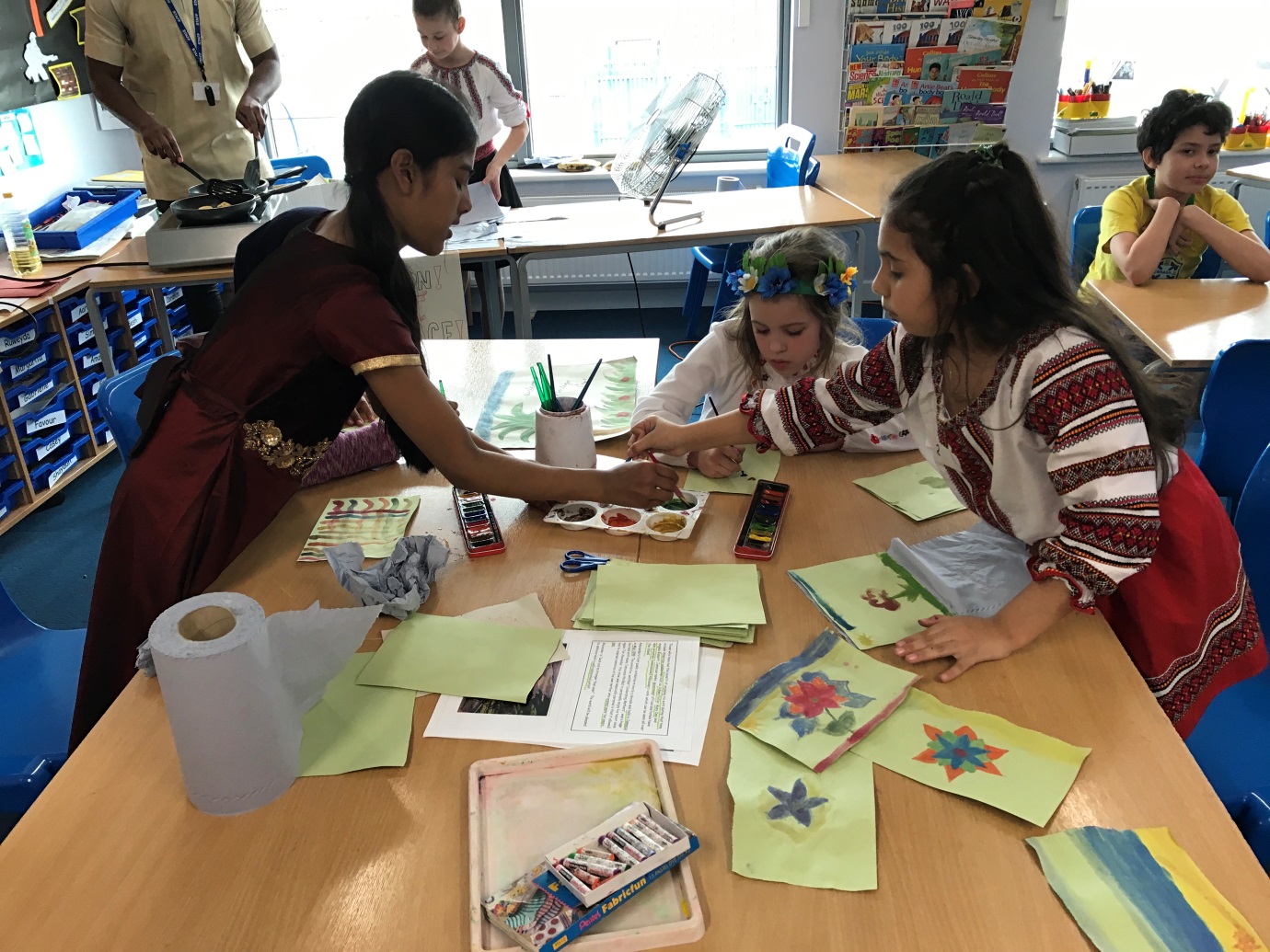 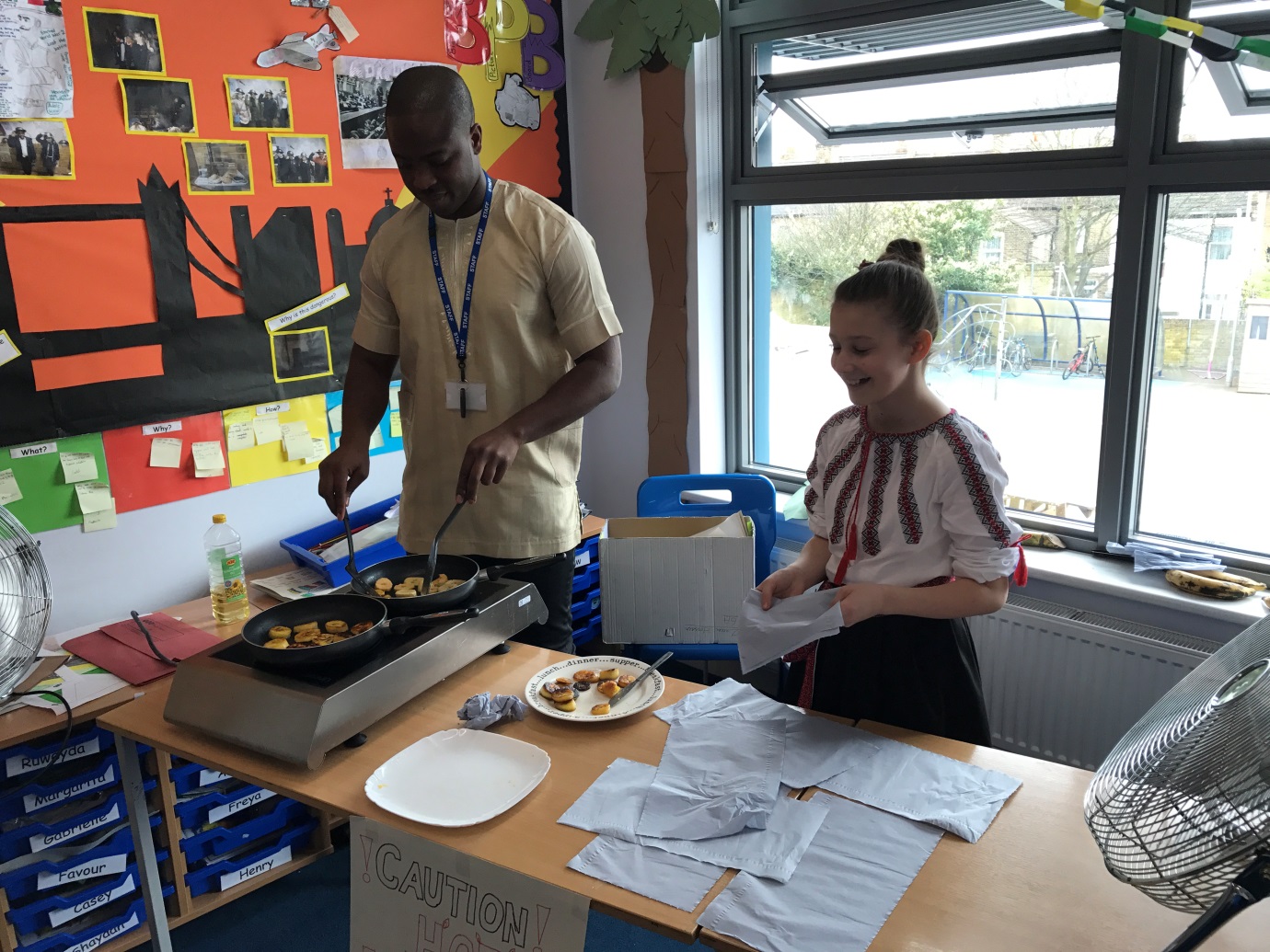 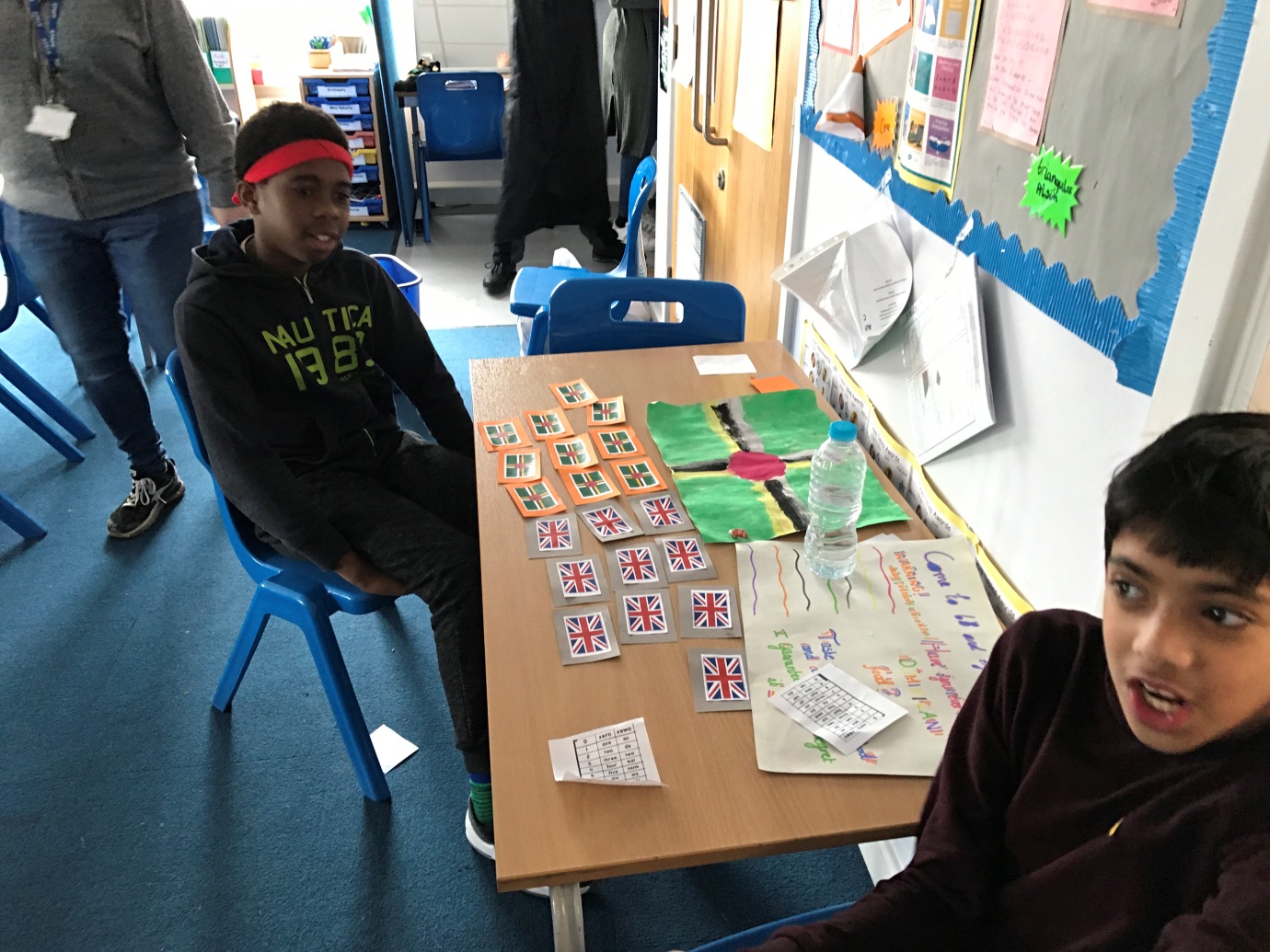 In 1945, citizens from across the commonwealth (many of whom came from the Caribbean) were invited to live in Britain and help rebuild the country after WWII had ended. The carnival performance was their thank you to those amazing people who arrived on the HMT Empire Windrush. The feathery headdresses and shoulder pads they wore during carnival were designed and made by the Year 6 children - this was their way of bringing some Caribbean colour and soul to proceedings.