As part of the bicentennial celebration of John Curwen, Curwen school councillors spent the day at Curwen Print Study, Cambridge.

One of John Curwen's grand sons, Harold Curwen diversified the Curwen Printing Press by setting a separate printmaking centre. This studio was originally based in London then moved to Linton Hall, Cambridge. The centre was the used by many famous 20th century artists, such as Barbara Hepworth, Henry Moore and John Piper.

School councillors had an exceptional opportunity to try out two forms of print making images of our school and local Newham landmarks. The children prepared sketches of these images at school which they then used to create dry point etchings and press print.

We were fortunate to personally meet with the president of Curwen Print Study, Stanley Jones MBE. My jones worked at the Curwen Printing Press in Plaistow on the 1950s. He has been central to its high level of artistry and continual success.  It was very interesting to hear of our shared heritage and John Curwen's wide teaching influence.

The press prints created will be put on display around the school.

We would like to thank everyone at Curwen print centre for a very special day. 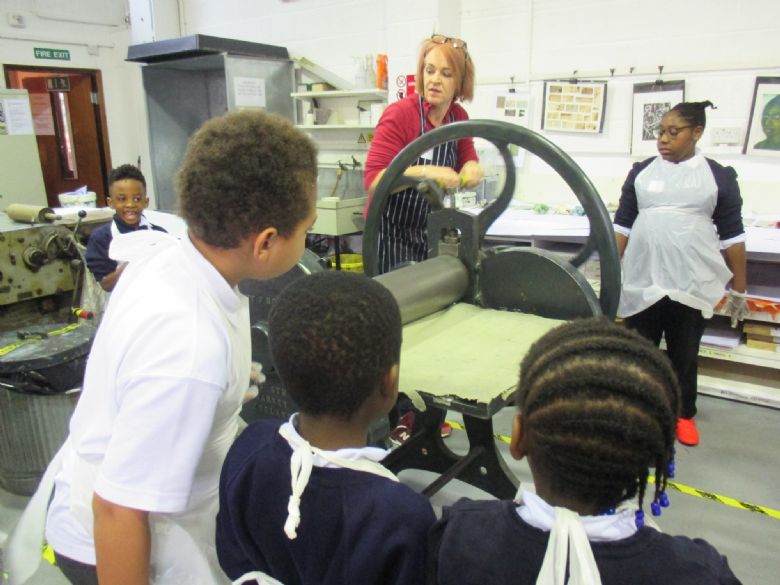 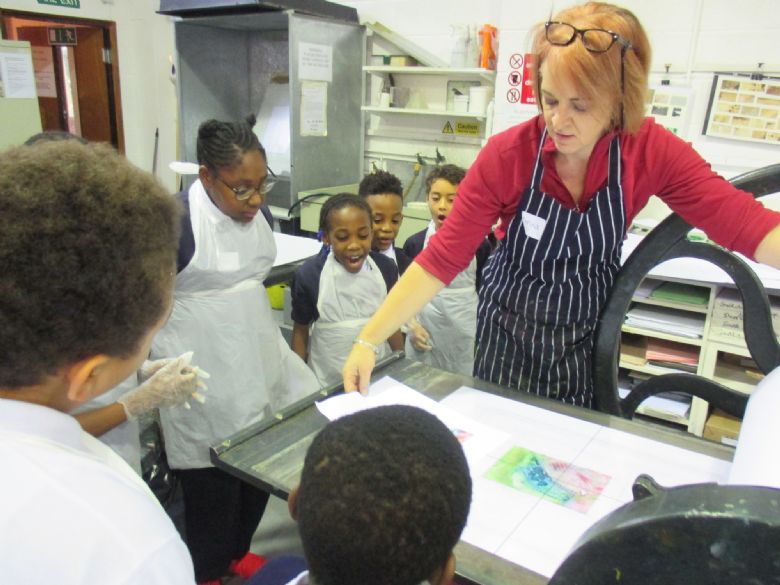 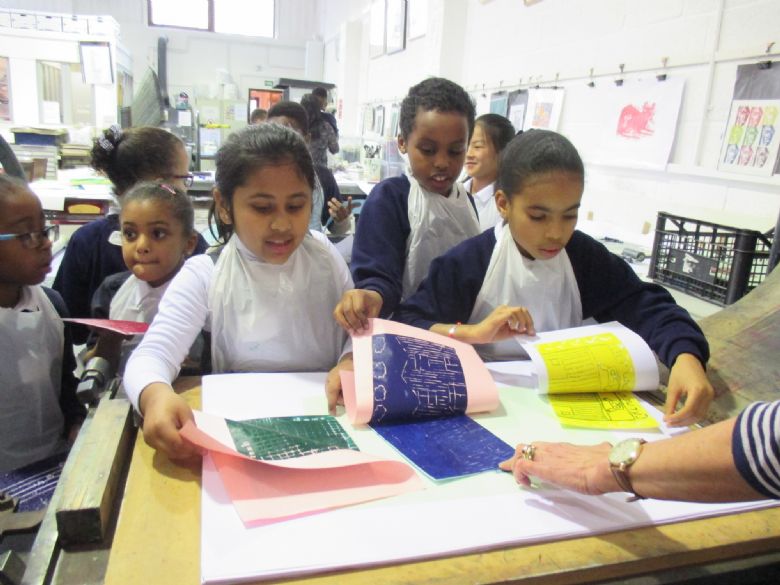 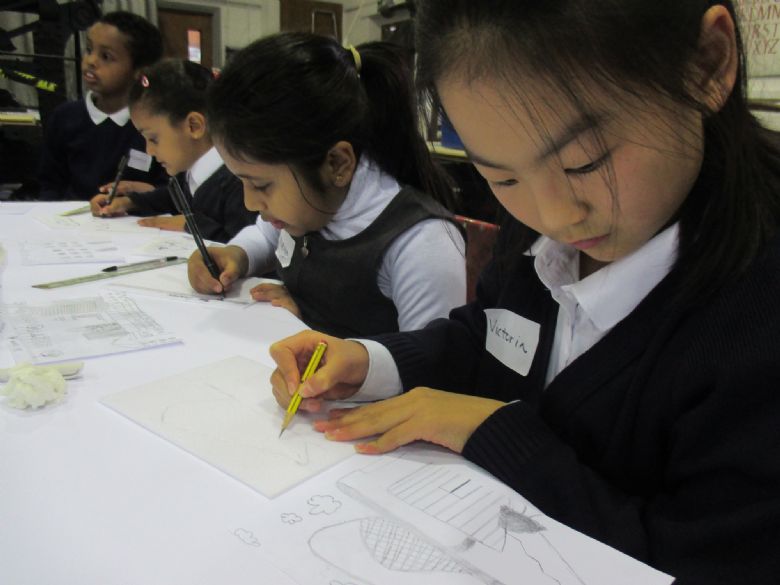