Summer 1 has been an extremely quick term full of lots of learning for the children.

Summer 1 has been an extremely quick term full of 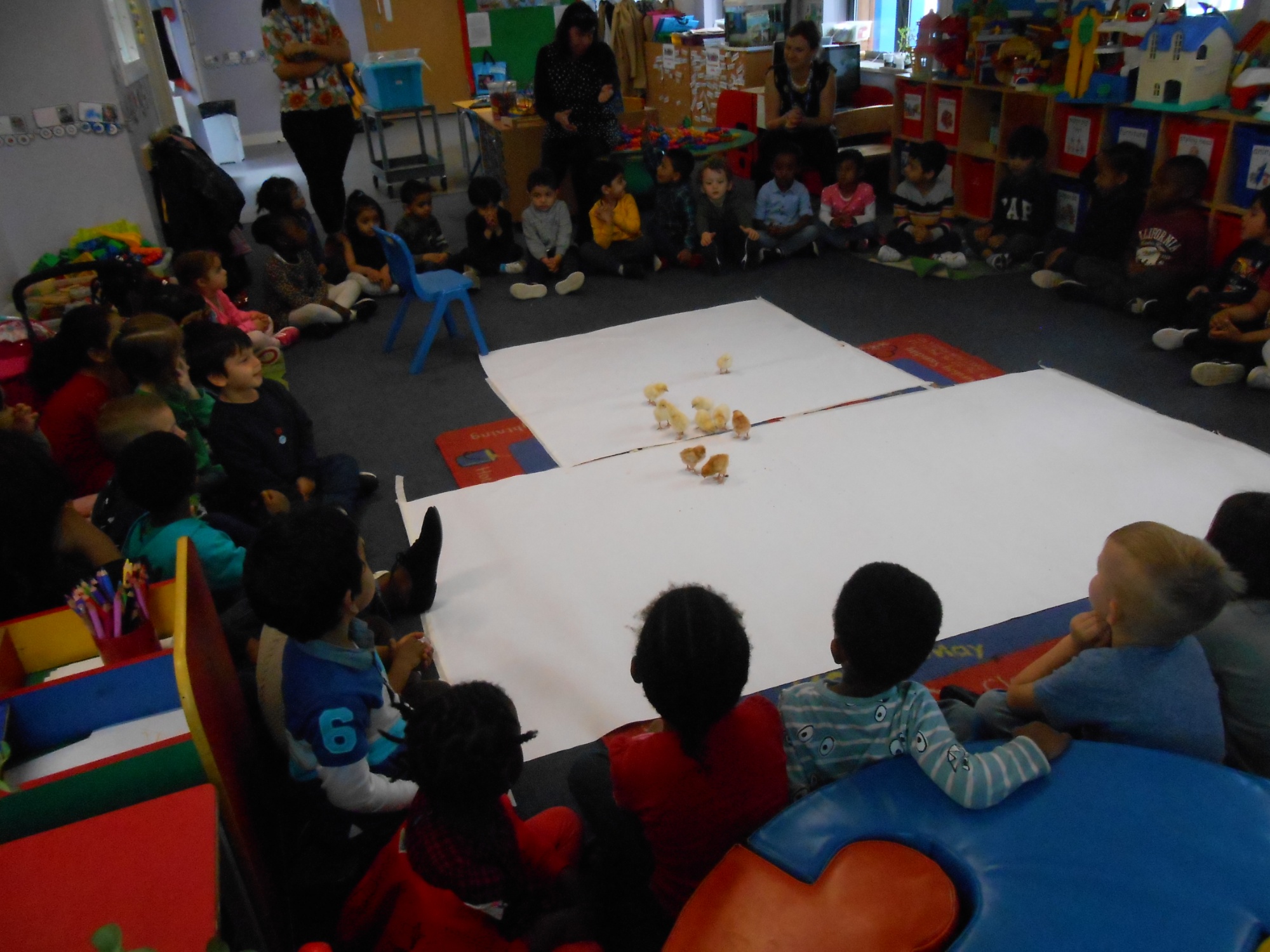 lots of learning for the children.

Our topic has been Growing, the children have been learning all about things that grow and what they need to help them grow. The children have been introduced to different life cycles. They have gained new skills such as looking after animals and developed their own language, learning new vocabulary such as hatch, incubator, egg, tadpoles, and frog spawn. 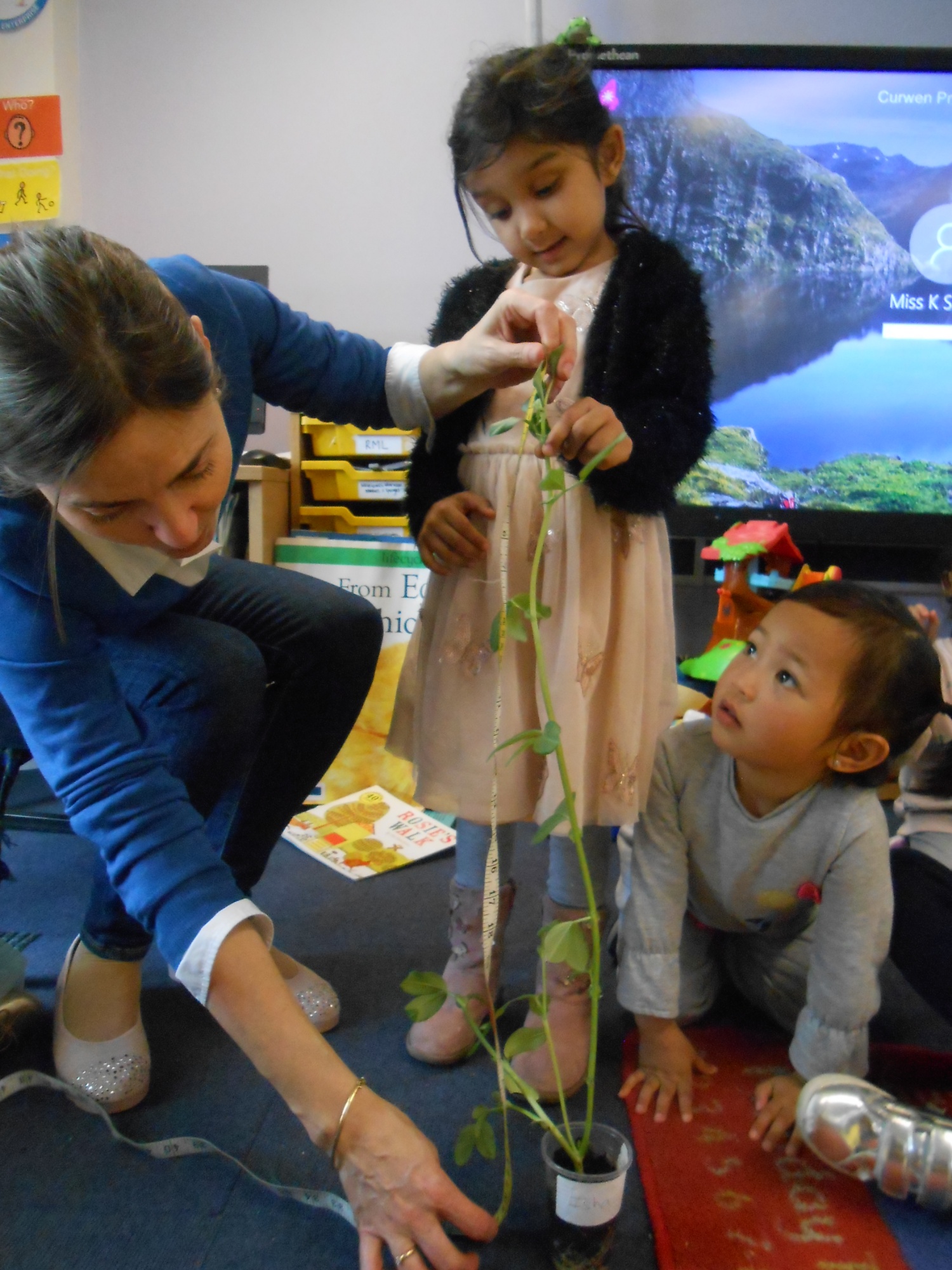 s such as ‘Down by the cool of the pool’, ‘Fergus goes quackers’ and ‘Barry and his fish fingers’. The children have been using their learning to talk about and draw the life cycles of a chick and frog. They were able to all imitate circles and lines as well as talk about their picture. The children are all showing their resilience to have a go at mark making.

After doing the register the children are able to count the crosses and recognise numbers. They are beginning to join in with repetitive patters to support number formation and know that other objects can be counted. We all took part in a muddy puddle walk and incorporated the story ‘We’re going on a bear hunt’. The children were able to follow directions, learn new language and use new mathematical language, such as over, under, through and around. 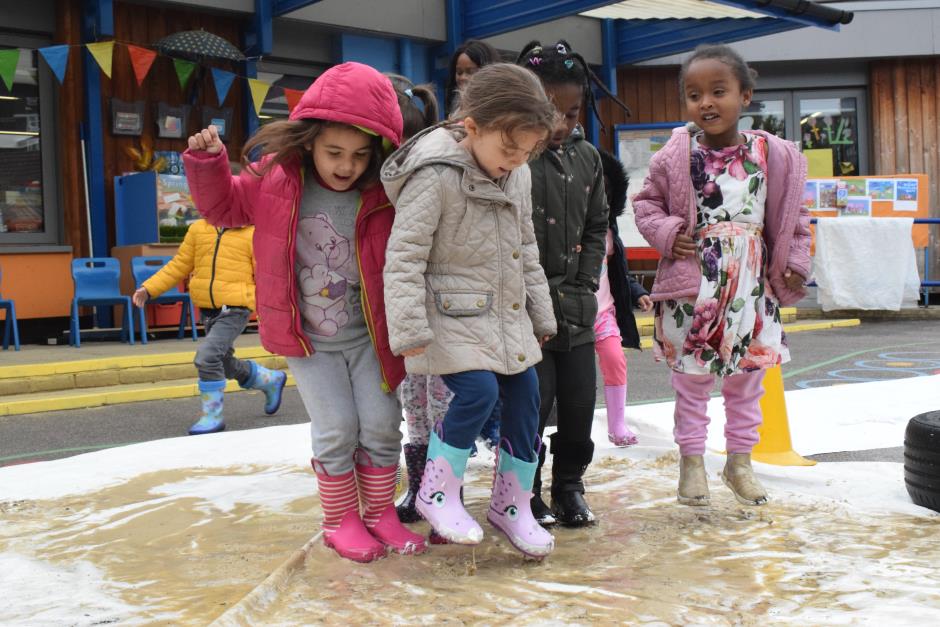