Curwen pupils were part of a 450 strong choir that sang at the England V Australia Rugby League International on Sunday 13th November 2016. The Year 6 pupils had been practicing with Kate Hayes from CHANT Productions and joined other school choirs as they sang a specially arranged song and the two National Anthems.

On the same day Curwen pupils were participating in a Rugby League Festival in the new athletics stadium adjacent to the Olympic Stadium. They played three games winning two and drawing one before joining the choir to watch the International game. 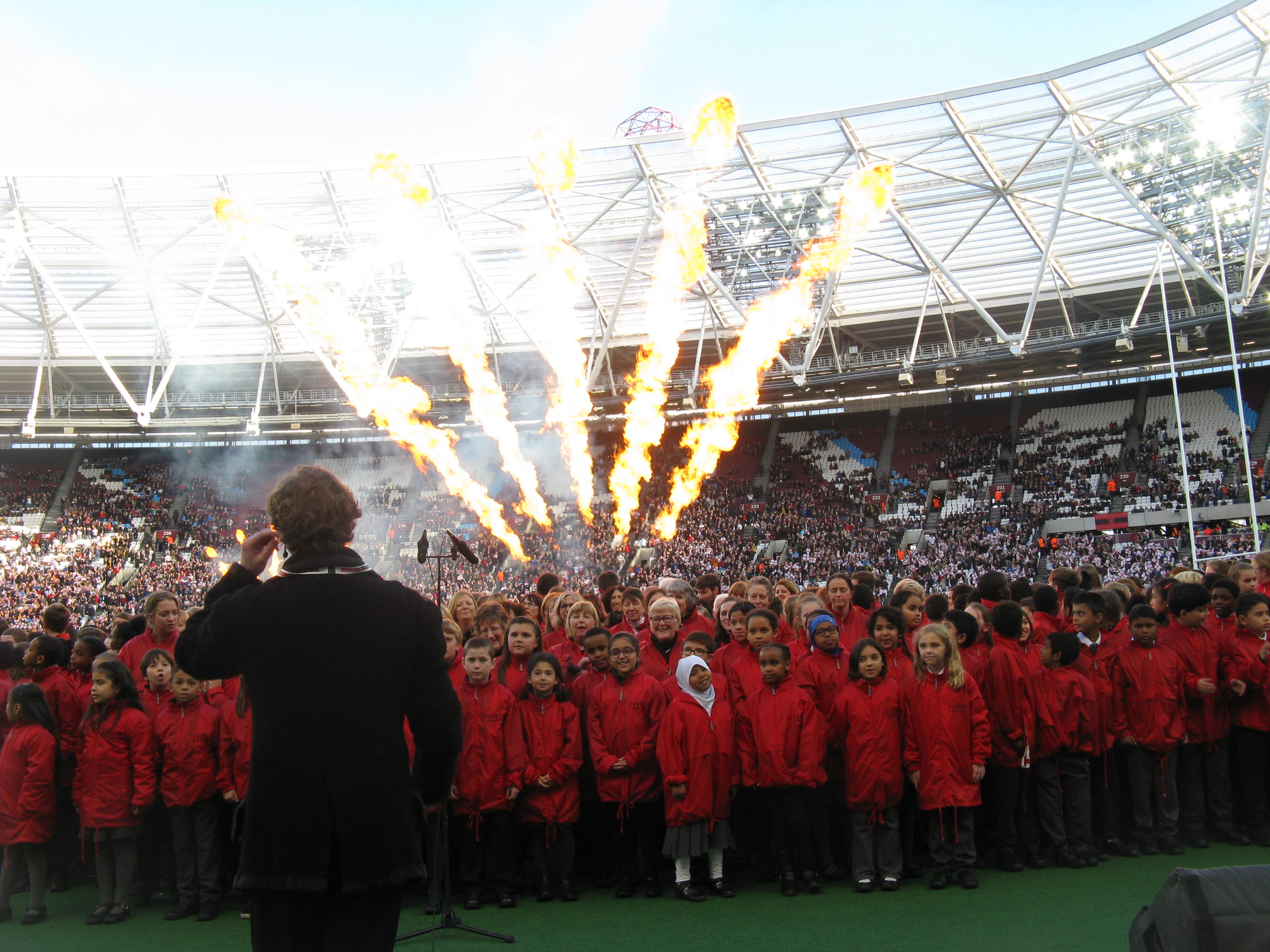 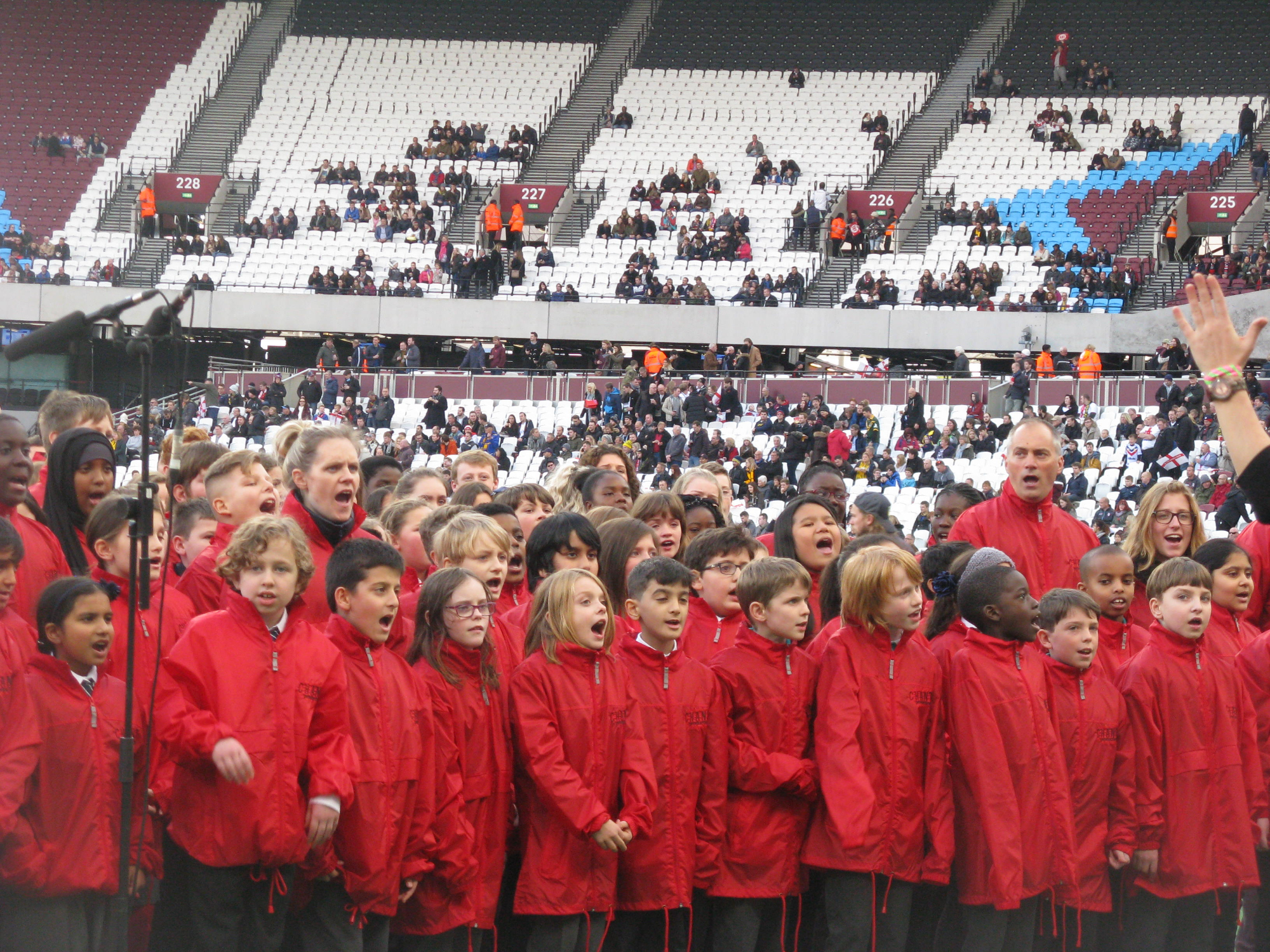 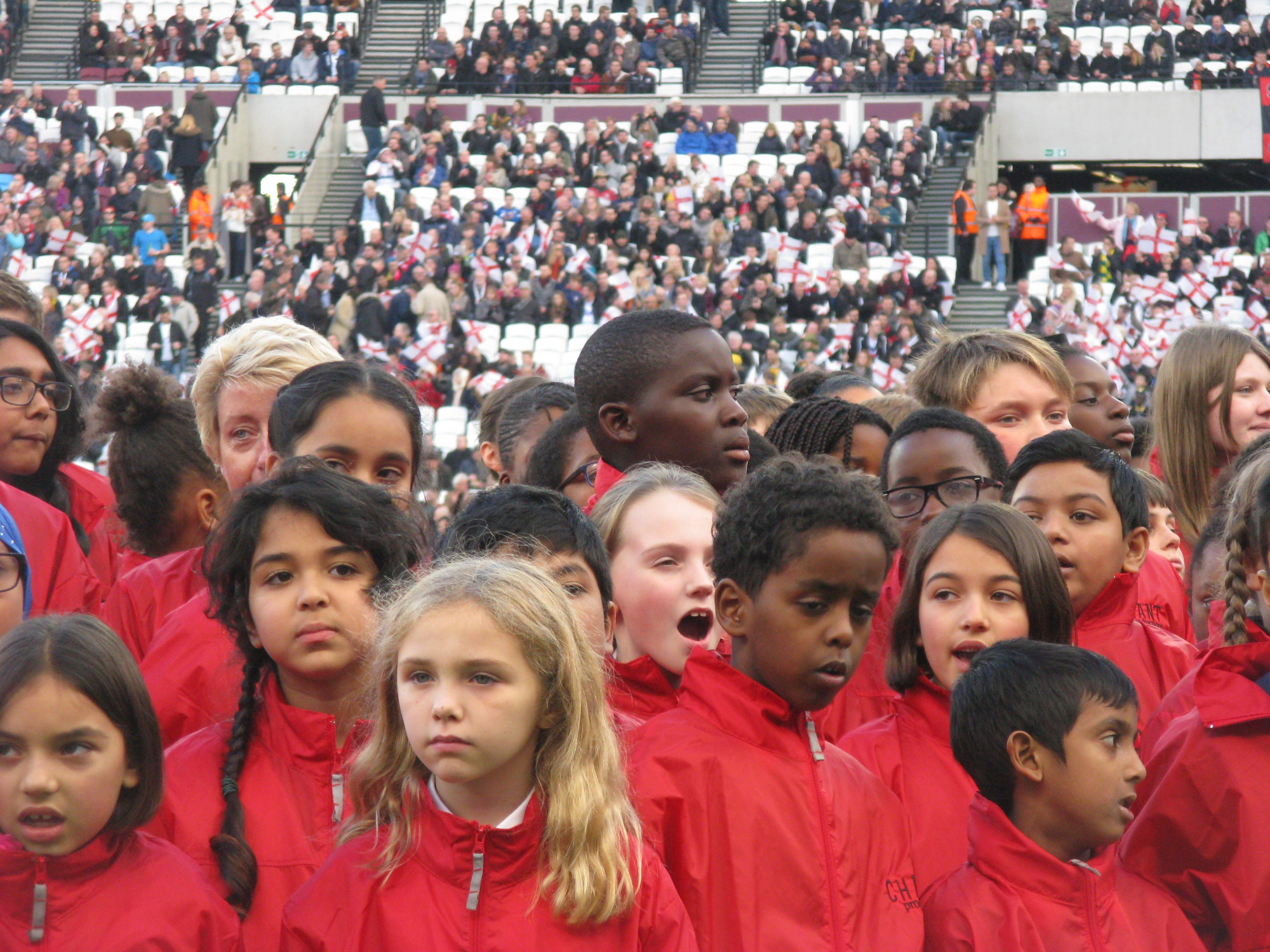