Curwen Primary School celebrated the 200th birthday of John Curwen, who made an impact on music education through his tonic sol-fa teaching method.

Curwen sought an easier musical system than reading staff notation for his Sunday singing school. He adapted his system from Sarah Ann Glover, who invented the Norwich sol-fa notation system. This system of musical notation was designed to improve the standard of singing, and to simplify the reading of music. This idea used the syllables of the system of notation by an Italian monk, Guido of Arezzo, from the 10th century.

Curwen’s method of teaching enabled the ‘doh’ to be movable, making it easier to sing when starting from different levels of pitch. In 1853 he founded the Tonic Sol-fa Association (later the English Schools Music Association), and from then on his method was widely adopted in schools and choral societies. Curwen’s adaptation to this enabled people to read printable music with sol-fa notation alongside staff notation and to eventually read sol-fa notation only, especially in the countries that were part of the British Empire.

In 1863 he established a music printing press, Curwen & Sons, Ltd. in North Street, Plaistow. By 1896 it became a large music and general printing business specialising in high-quality work, which survived until 1969. The building was demolished in 1985. 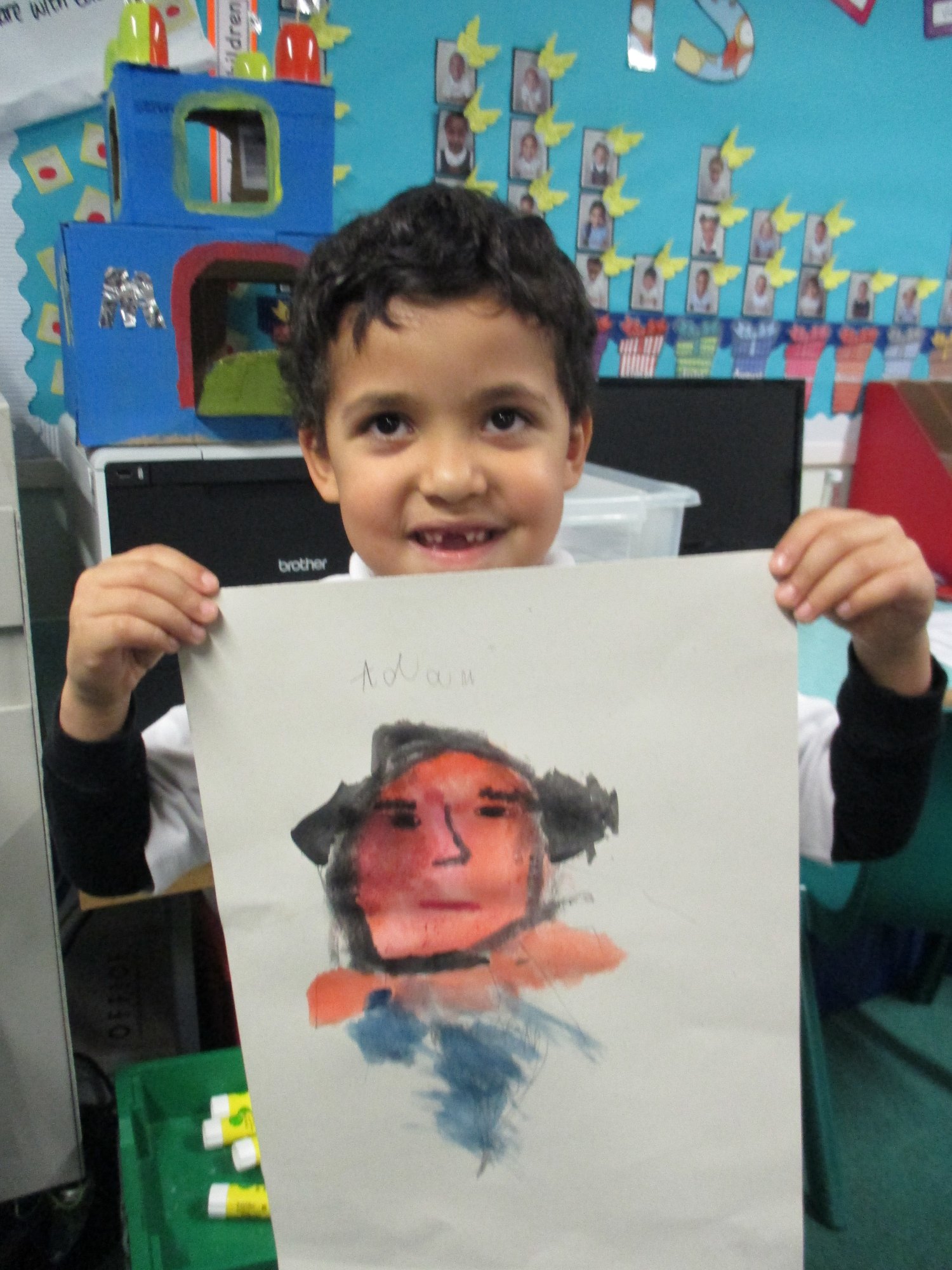 John Curwen’s music system, or variants of it, has remained continuously in use around the world, especially in the countries that were part of the British Empire. A hundred years later Rodgers and Hammerstein’s The Sound Of Music, revived the ‘doh ray me’. 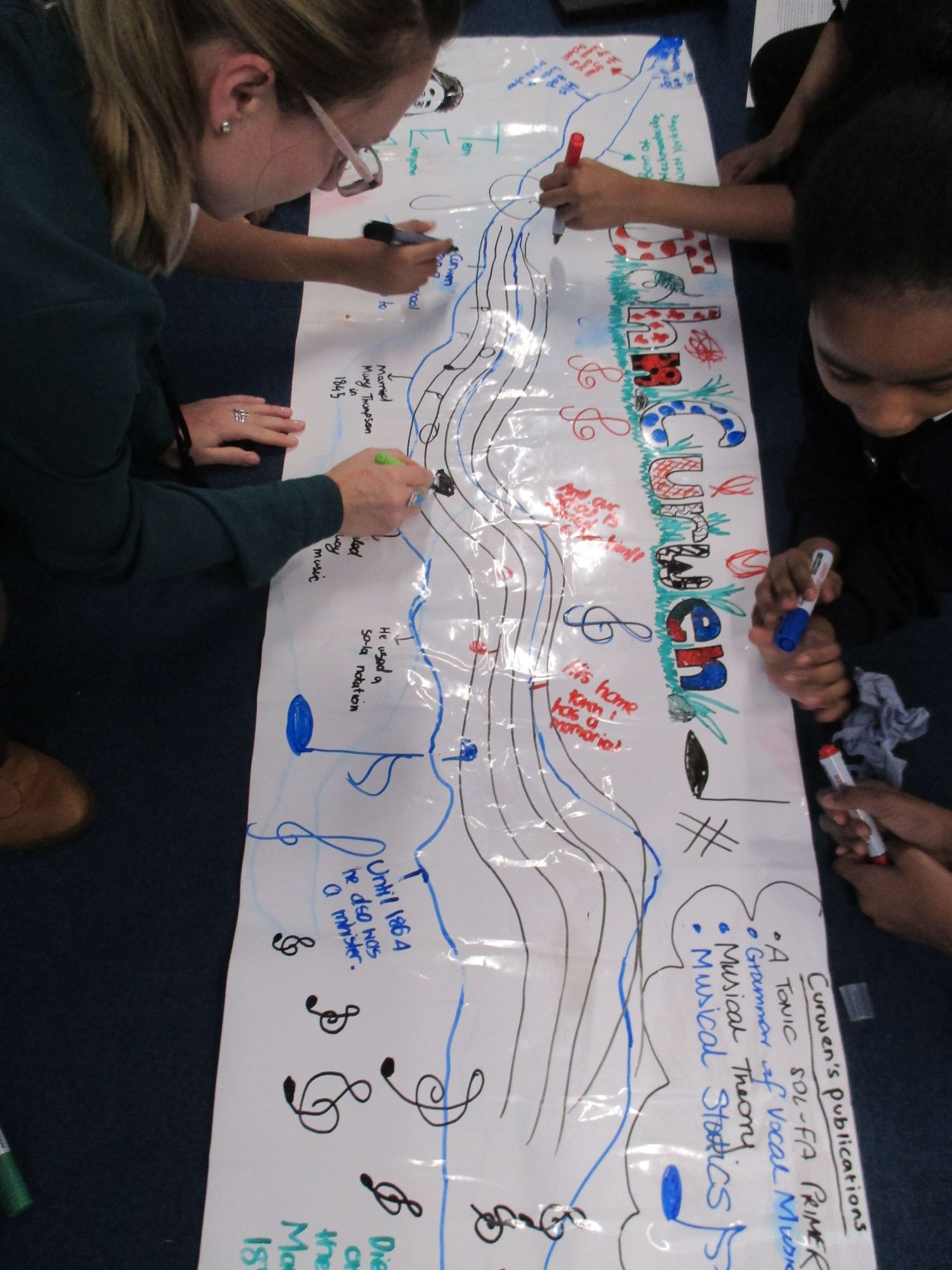 Curwen Primary School, which was first opened in 1888, was was originally called ‘Stock Street Board’. It was renamed Curwen Primary School in 1949. In 1980 the school was demolished to be replaced with a new one in 1981. The school has been remodelled and extended to improve the learning environment and to ensure it is a building fit for the 21st Century.  It went from accommodating a 2 form, to a 3 form to now a 4 form school.

The children of Curwen Primary School commemorated John Curwen’s life and his achievements through literacy, art and design, history, performing arts and music.

A Year 4 pupil said, “It is good to know him because he did lots of things to have our named after him.”

A Year 6 pupil remarked that he taught the world to sing through using his musical system. 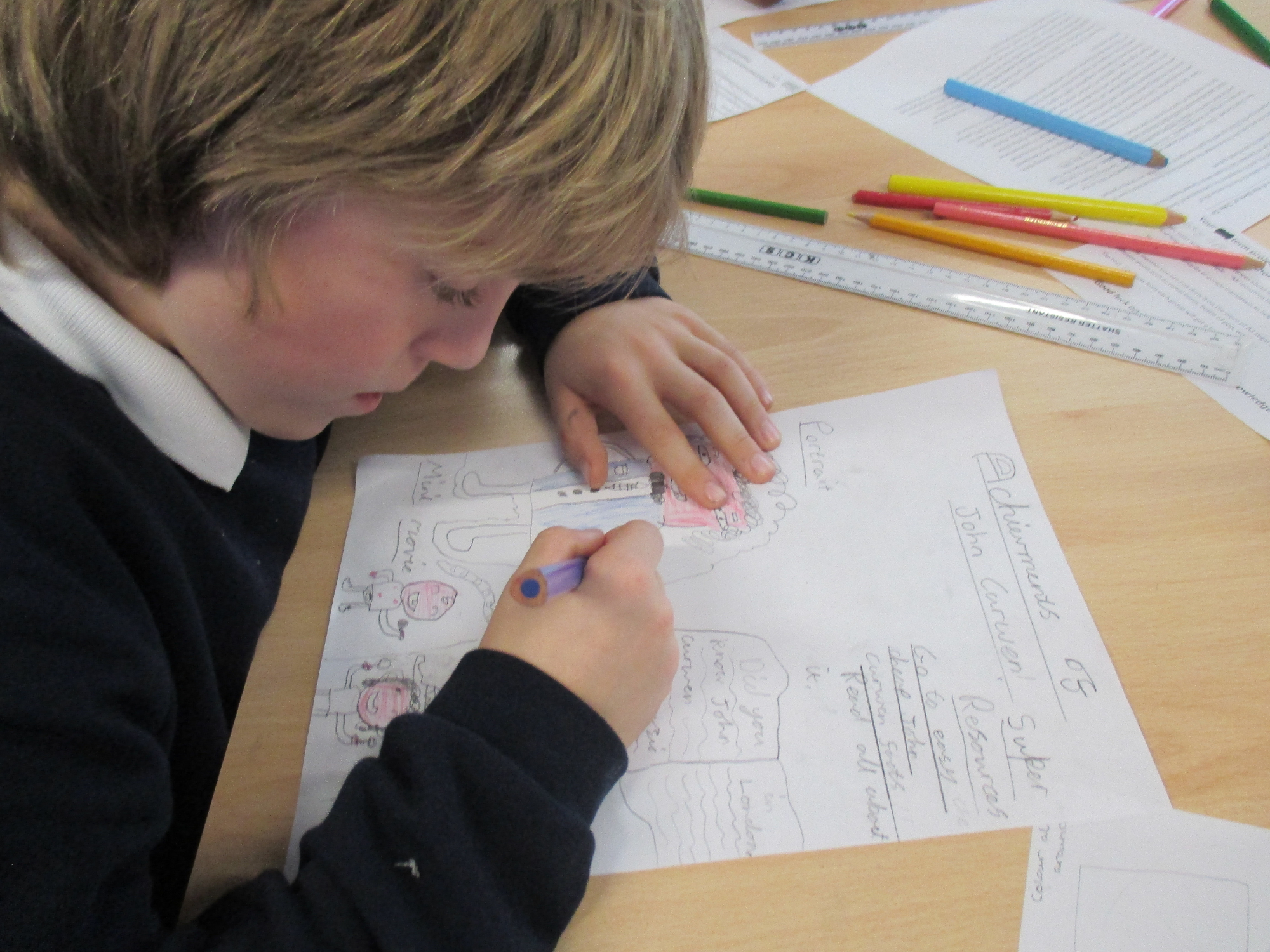 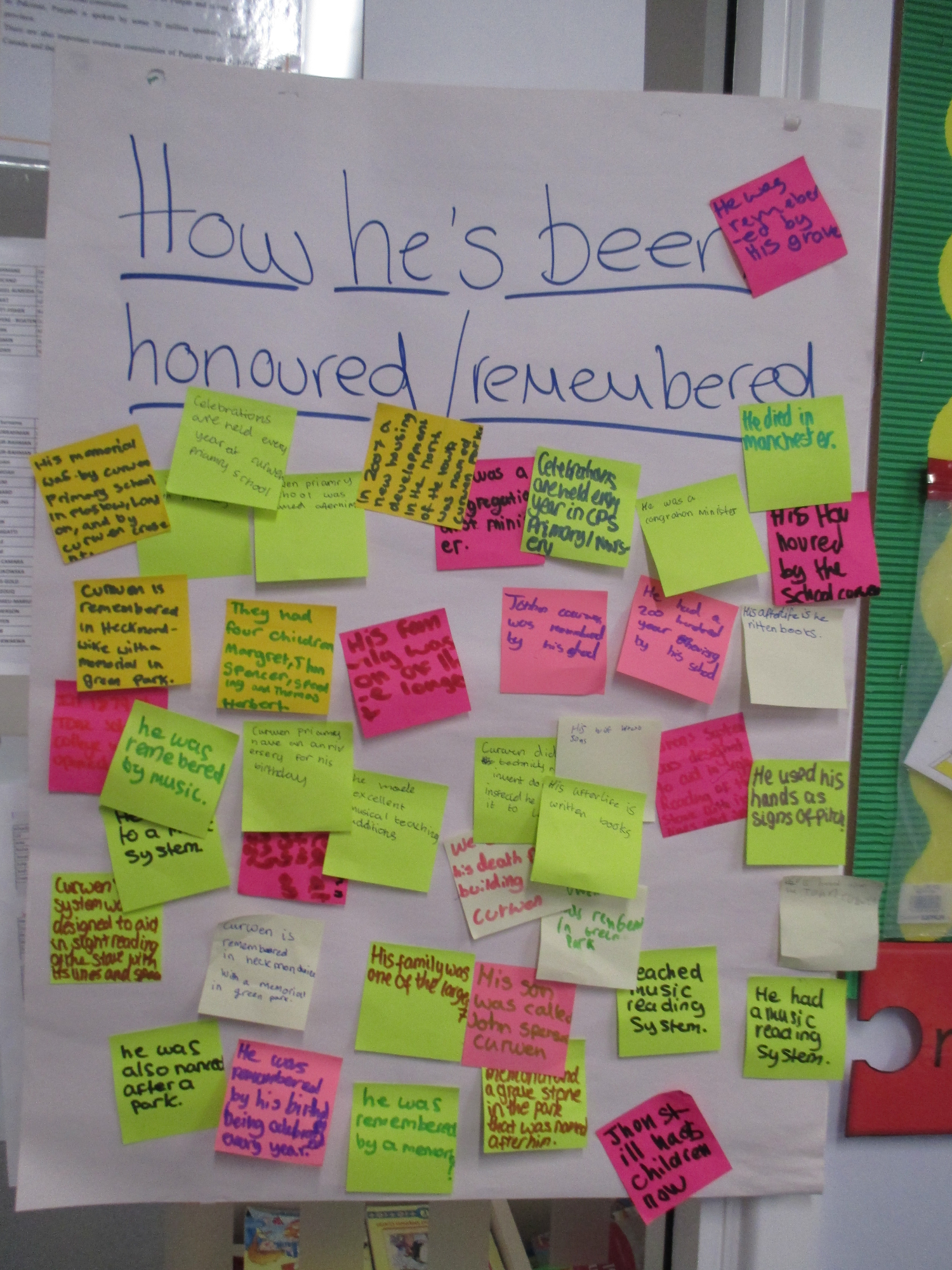