A massive well done to Aarshi (5KB), Alex (5C), Fadel (5CB), Saeed (5L), Zaeem (5L) and Zandro (5L) who represented Curwen's Debate Mate team in the Debate Mate London Cup. The children traveled to the University of Goldsmiths to compete against 37 other teams from 16 different schools.

Curwen impressed in the qualifying rounds finishing top with a total of 141 points to get through to the final! Both schools had 15 minutes to prepare their speeches for the final which they then delivered in front of a lecture theatre packed full of children and Debate Mate mentors. Each child spoke brilliantly, showing little signs of nerves, in what was a fiercely competitive debate. By the time Saaed had finished the closing speech the auditorium was almost shaking with clapping, cheering and stamping feet! Unfortunately, on this occasion the judges decision went to the opposition who all delivered passionate speeches and impressive arguments.

The brilliant achievement of reaching the final is even more remarkable considering many of the children they were competing against were a full year older than our Year 5 team! On the achievement Saeed said, "The best thing about coming second is that next year we all get to come back stronger and there is still more to achieve."

The Debate Mate club are now looking forward to competing in the national finals next month after finishing as one of the top 10 schools in the country in the Debate Mate League last term. This achievement is due to the ability and hard work of every child in the club as well as the Debate Mate mentors. 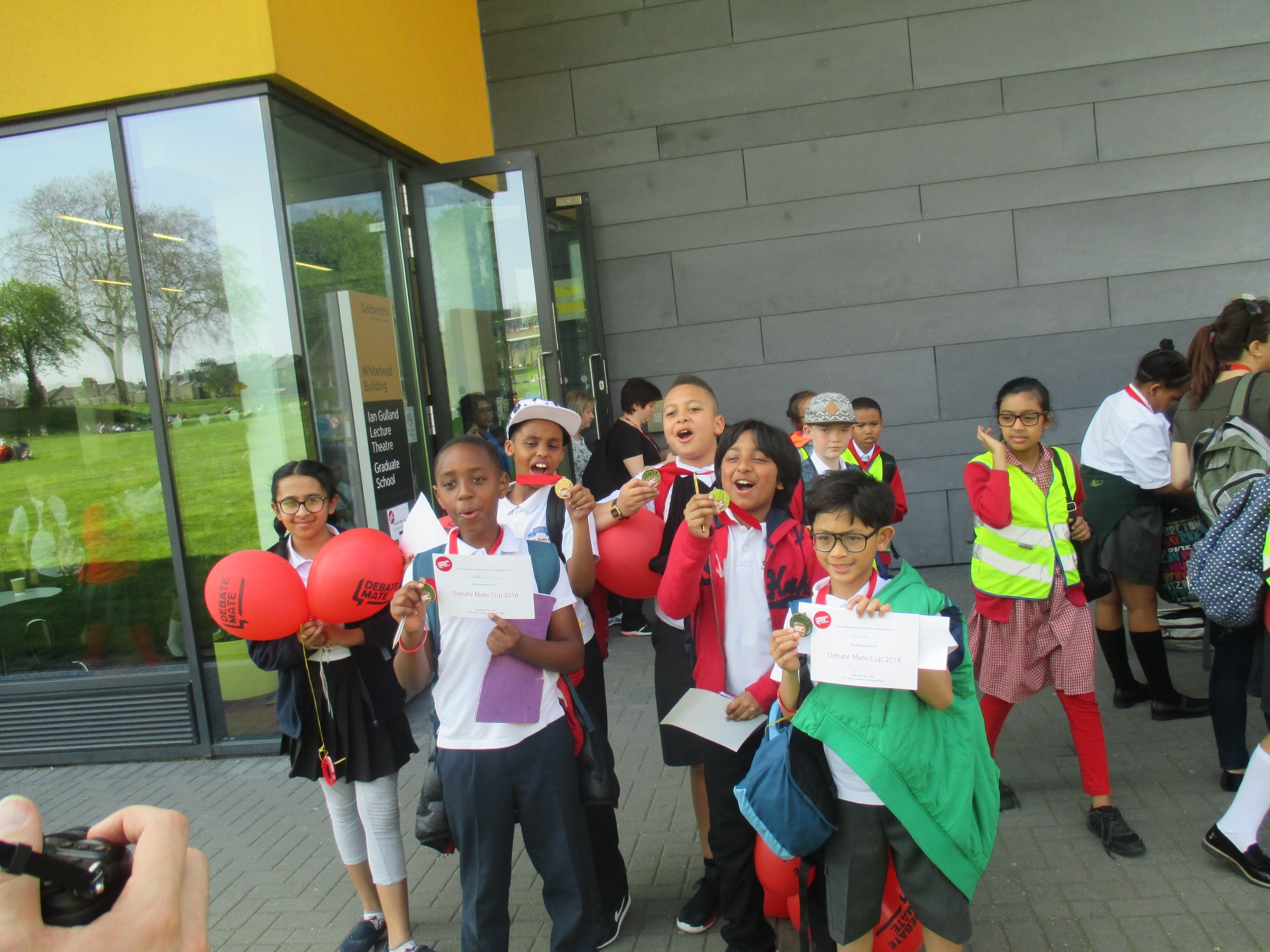