In Year 1, children learnt about Hinduism.  They shared what they had learnt with their parents and carers during a special assembly.  They started the assembly by performing an acrostic poem, followed by a song about Hindu gods and shared information about the Puja tray used for worship.  They did some drama and acted out the famous Diwali story about Rama and Sita. During the music lesson this term the children learnt two complicated songs, which they sang during their performance. They finished the assembly with a dance.

The parents’s had a display of the work the children had completed in class and some artefact they had used. 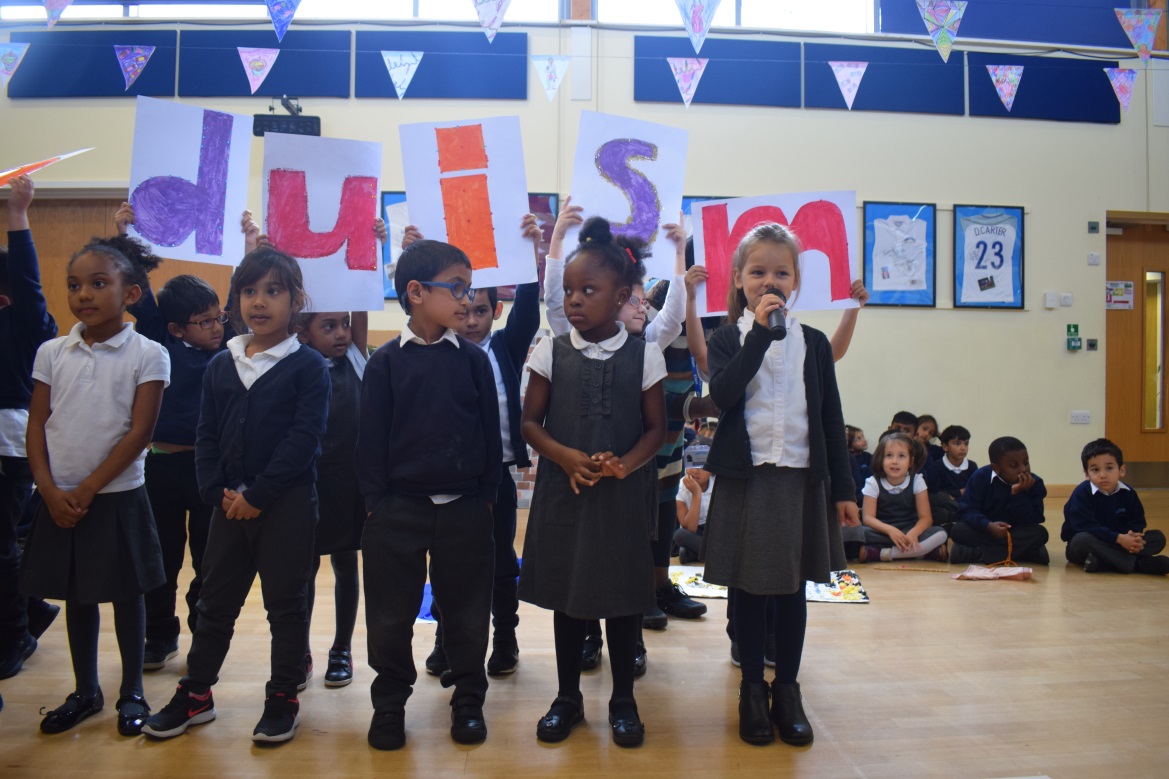 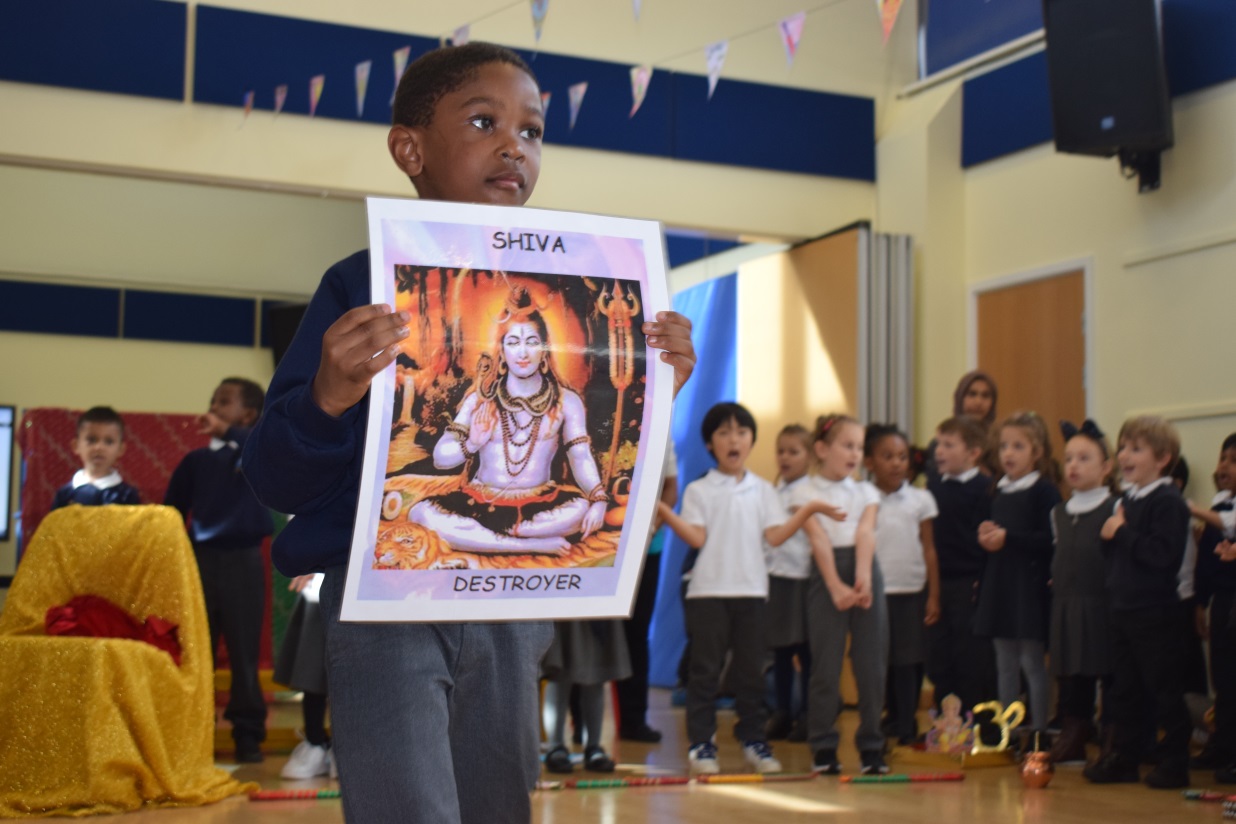 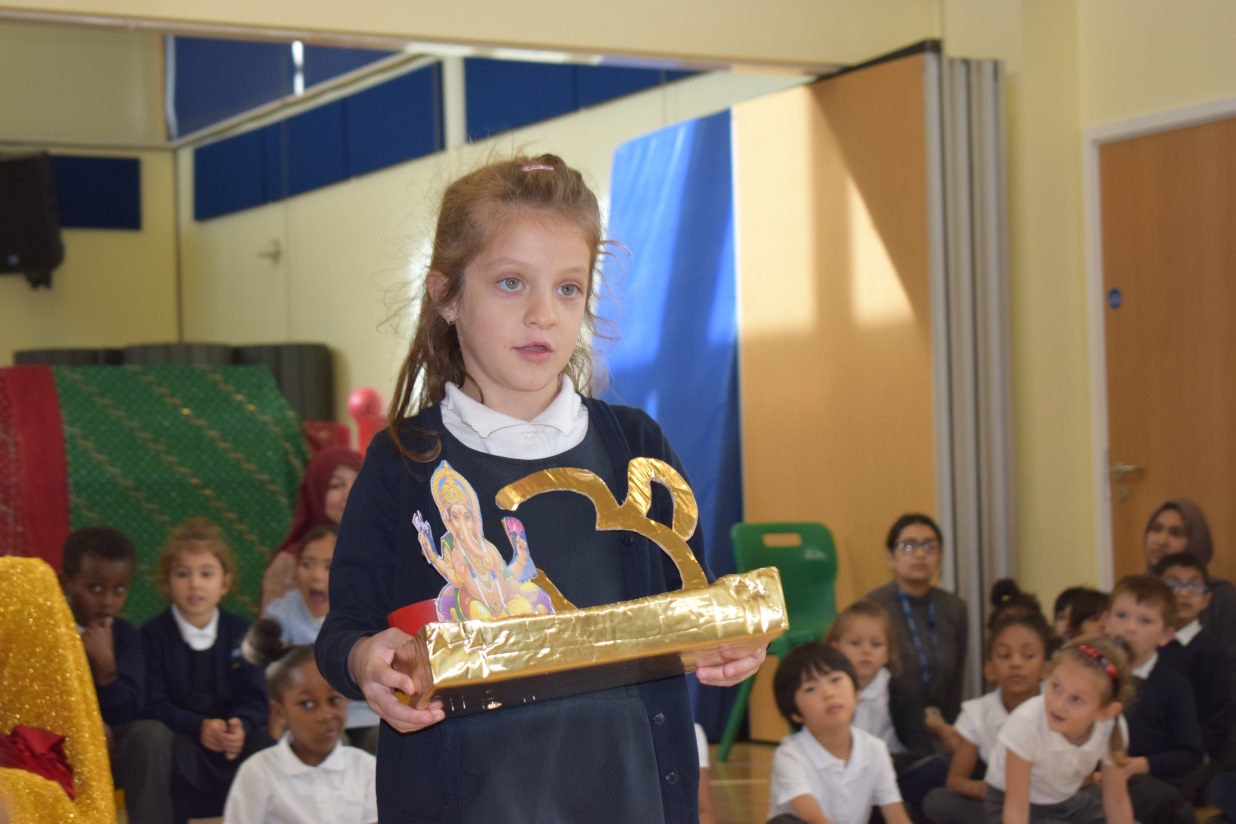 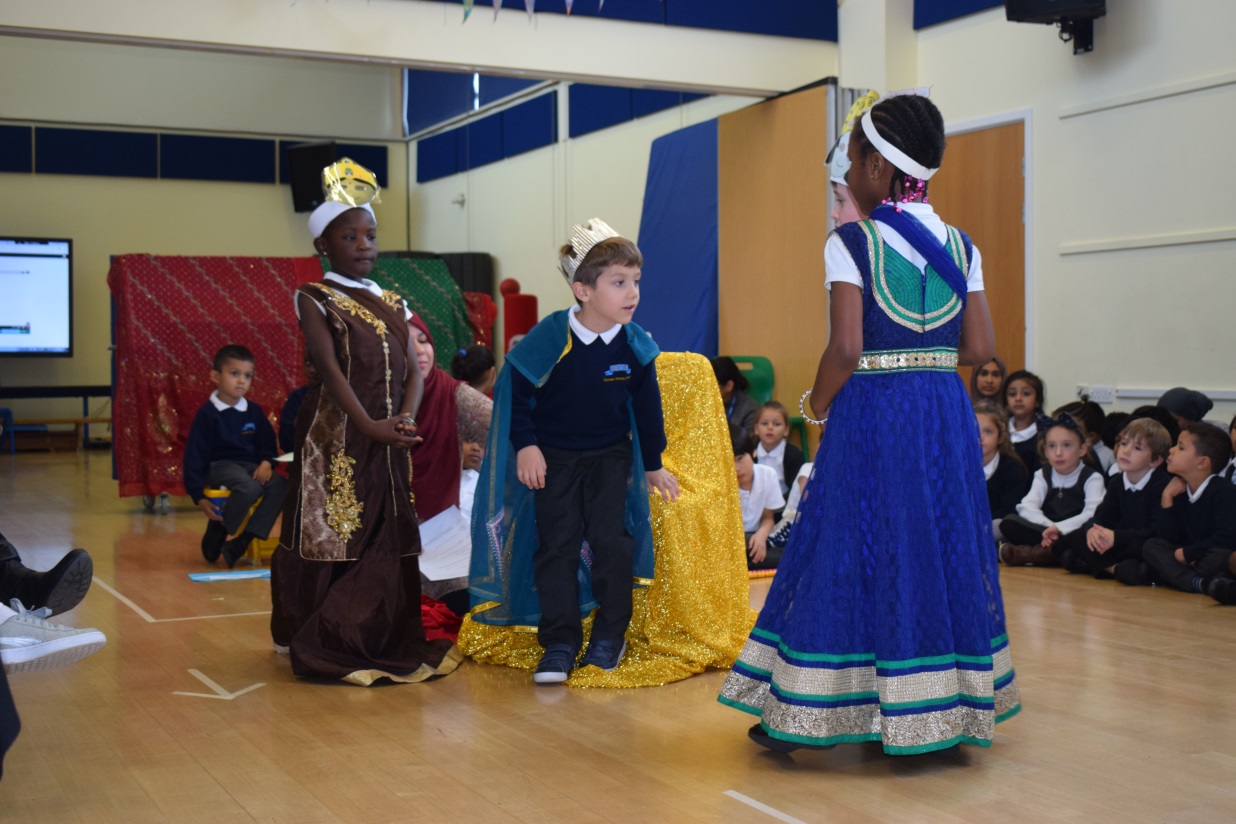 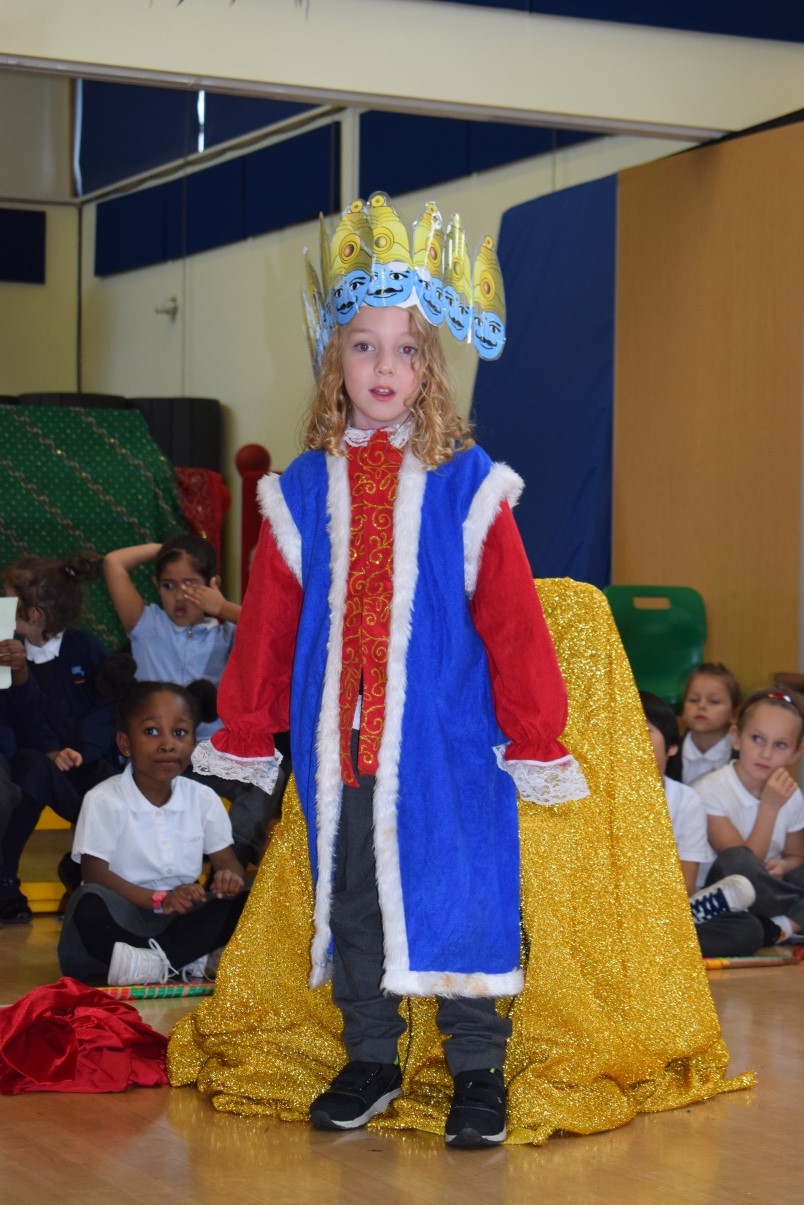 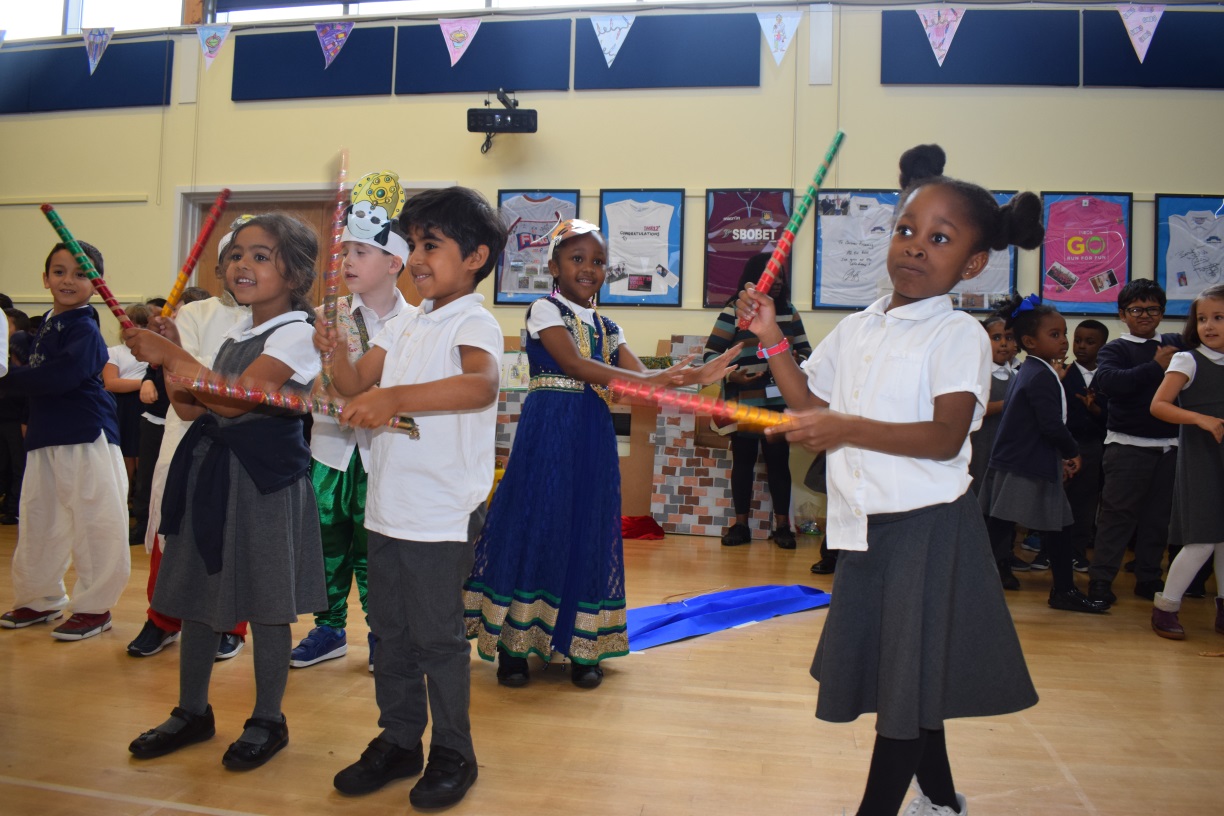 More photos available in the gallery