What a fantastic time we’ve had at school this week. Across the school, the children have enjoyed a range of fun and interactive activities that have produced some excellent work.

While the sun was still out, in EYFS the children completed an obstacle course, made some chalk art and went on a scavenger hunt.  They also enjoyed some science related activities such as exploring magnetism, dancing raisins and M&M rainbow colour mixing. As part of our topic on ‘growth’, they planted some watercress seeds and wrote a set of instructions on how to do this. 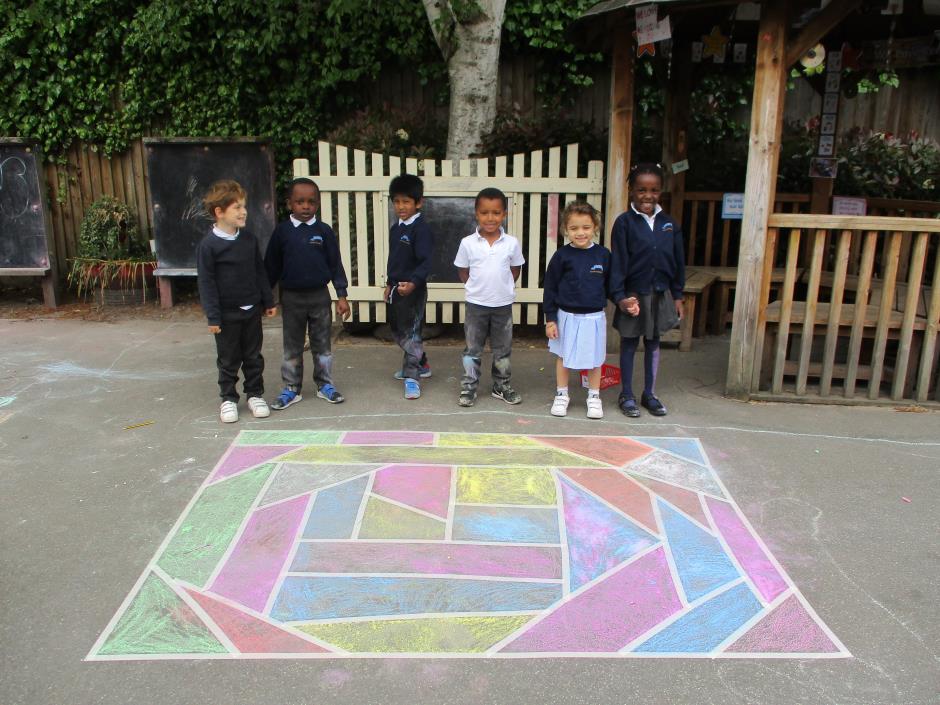 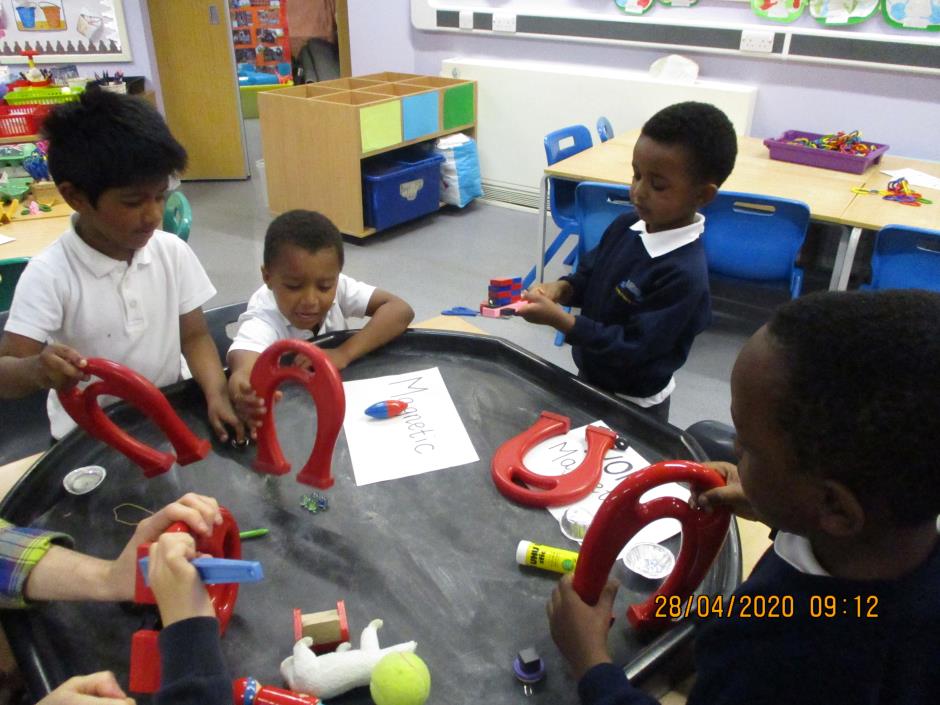 In Y1 and Y2, the children have been making pop up books about the different jobs that key workers do. They made pages with flaps, springs, sliders and rotational parts. In maths, they explored measuring - they went outside and measured how far they could jump using cubes. They drew round their bodies and measured the length using cubes. After this, they then challenged themselves to jump over the outline that they had drawn. 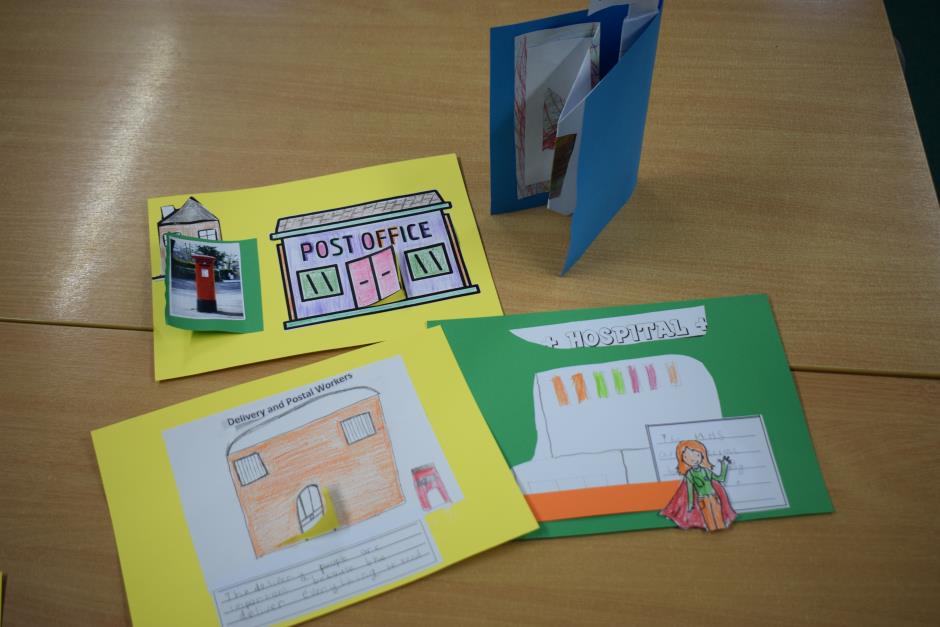 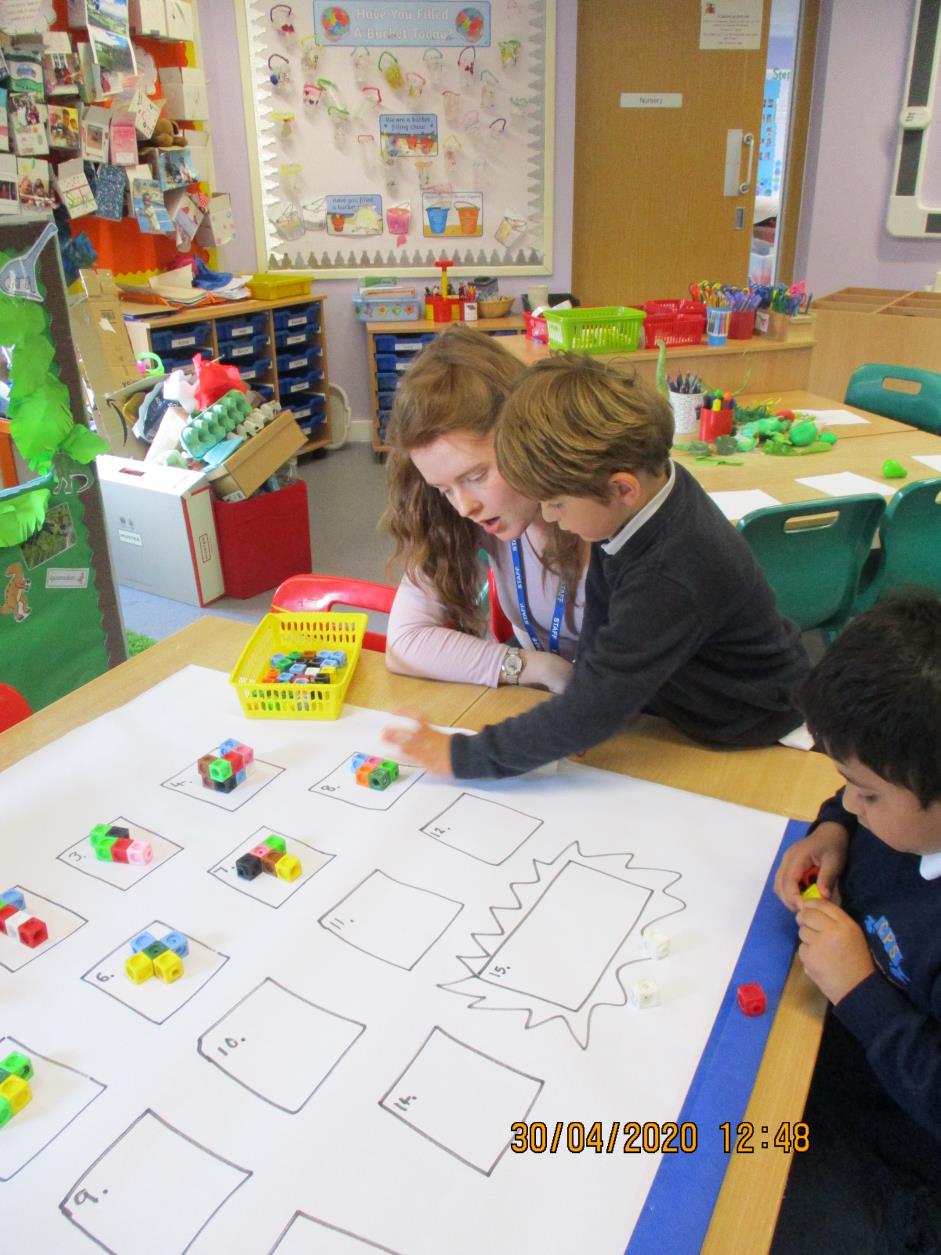 Highlights for Y3 and Y4 include: designing and making maths games to practise times tables; creating multi-coloured mosaics; writing and illustrating their own comic strips and they also made chocolate nests with left over Easter eggs. 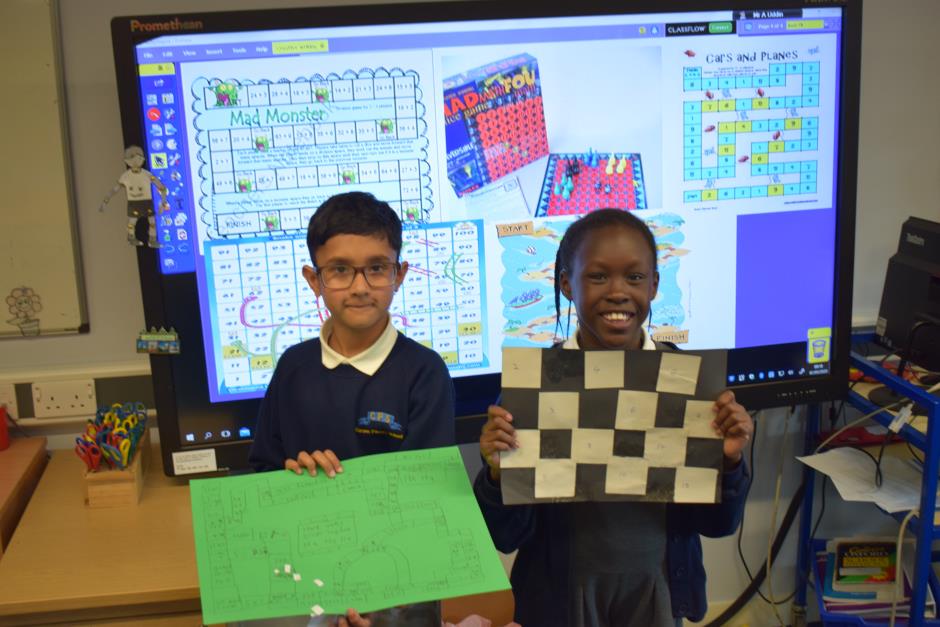 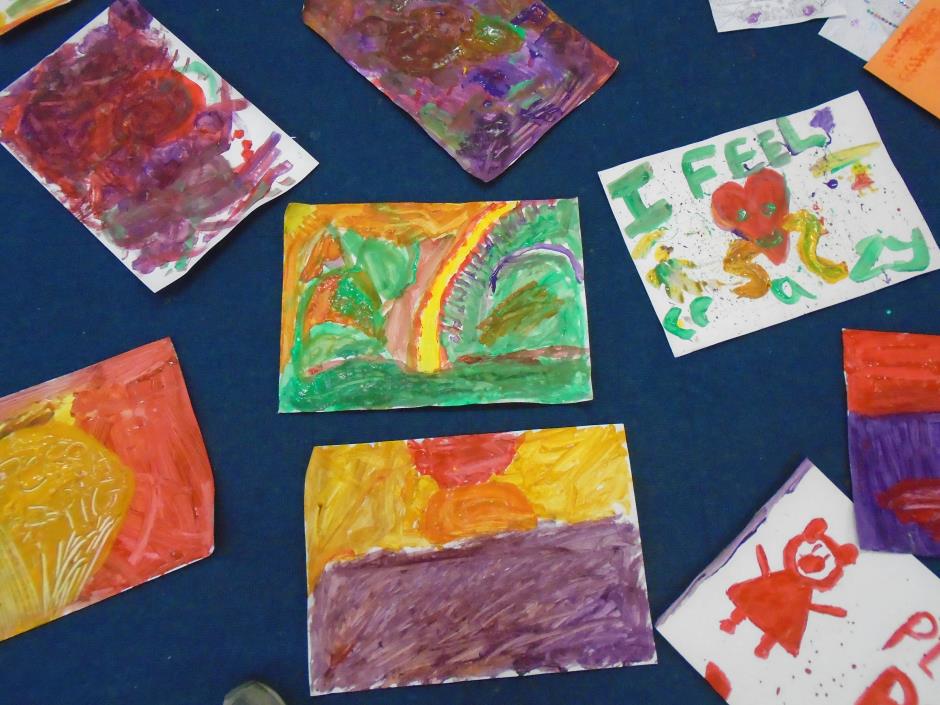 Y5 and Y6 started the week by making time capsule diaries to bury in the school grounds in hotdog jars. They wrote about their favourite things and what they were looking forward to when lockdown is over. The children also wrote, directed and performed their own superb play! They even organised props and costume changes. As well as all of this, they also brought in items of clothing to tie dye. 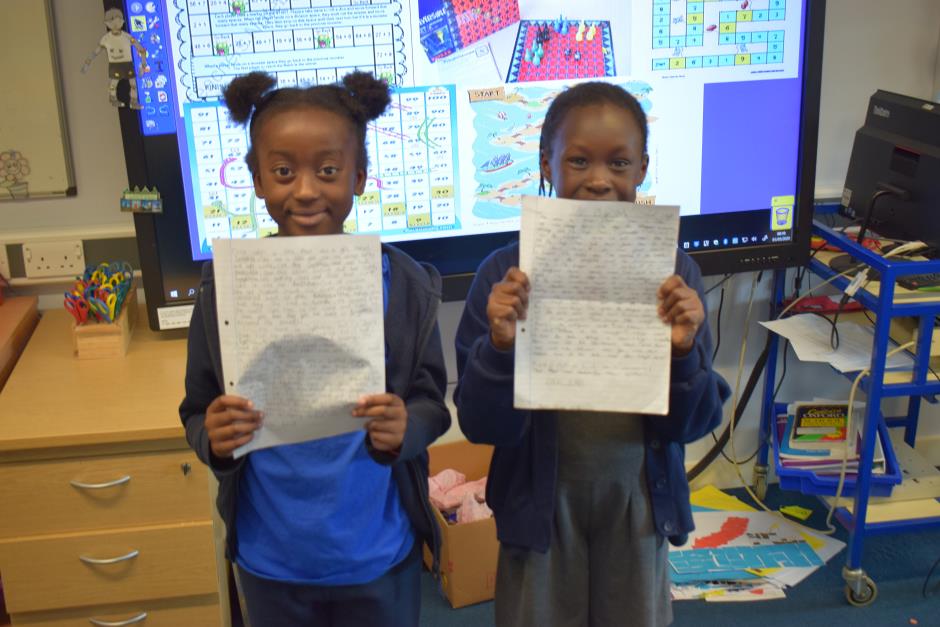 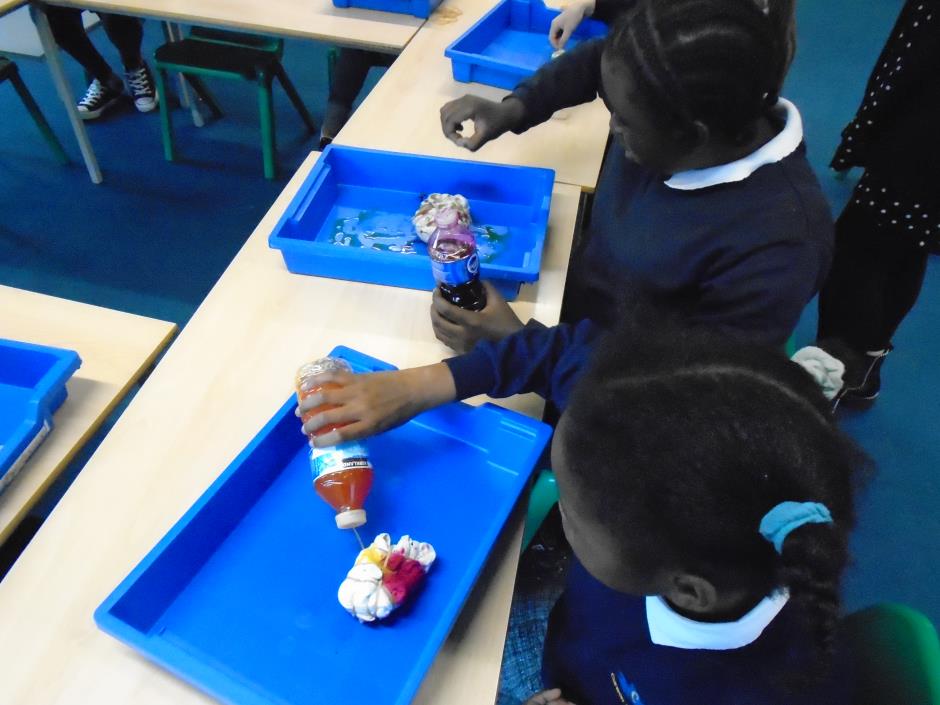 With Miss Isla, All children in KS2 made papier-mâché hot air balloons which held messages to show thanks to all key workers currently working on the front line, and with Mr Cullen they created their own musical compositions using keyboards and guitars. 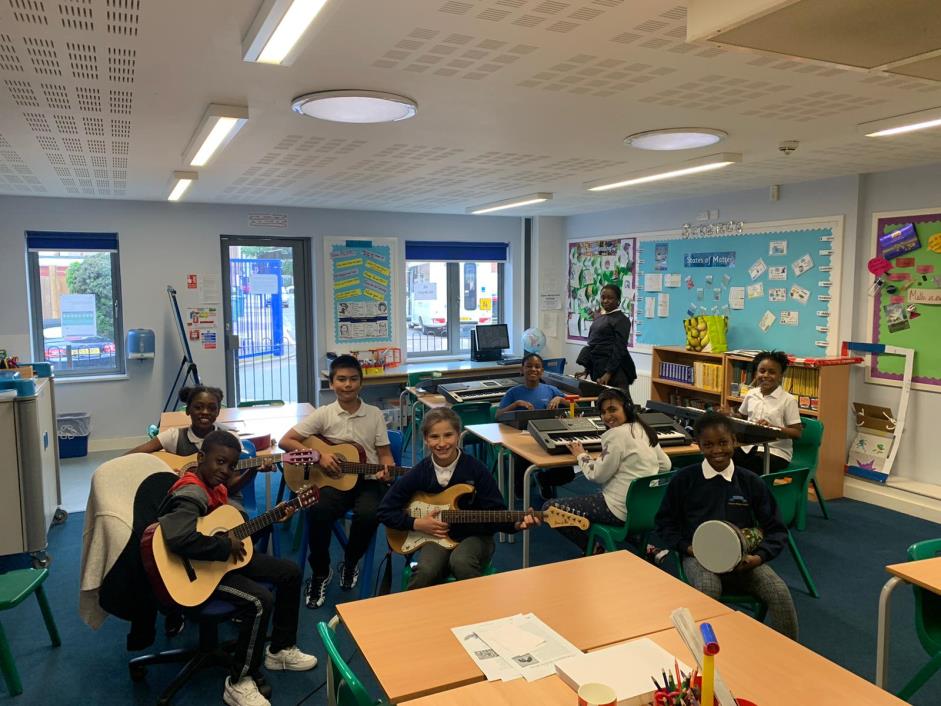