On Friday 27th April 2018, the girls took part in the second Girls Active Primary School Festival event. As Carly is a TeamUp ambassador, we worked with TeamUp with their three year initiative to get more girls participating in Hockey, Cricket and Netball. The school girls were joined by Olympic gold medallist Helen Richardson-Walsh who was a part of the triumphant Great Britain hockey team at Rio 2016 and bronze medallist Emily Defroand. Helen and Emily were there to inspire the girls, provide top tips, sign autographs and take selfies. Over 150 girls participated in all three activities, including Tennis.

To support the event, She Rallies, England Hockey, Chance to Shine and England Netball, helped with resources and coaches for the afternoon. We are continuing to have a positive relationship with them. The Wembley National Stadium Trust has committed over £650,000 to extend the initiative within the London boroughs and provide local delivery support for London schools and additional opportunities for girls to participate in sport. The WNST supported the event on the day and came down to take a look at our event.

Furthermore, Sky Sports attended the event and recorded this for their Game Changer channel. This was very positive and helped to publicise the event for girls to participate more in sport. Newham Recorder also did an article on the event which had many positives reviews about the event. It was fantastic to see so many girls getting involved despite the weather! 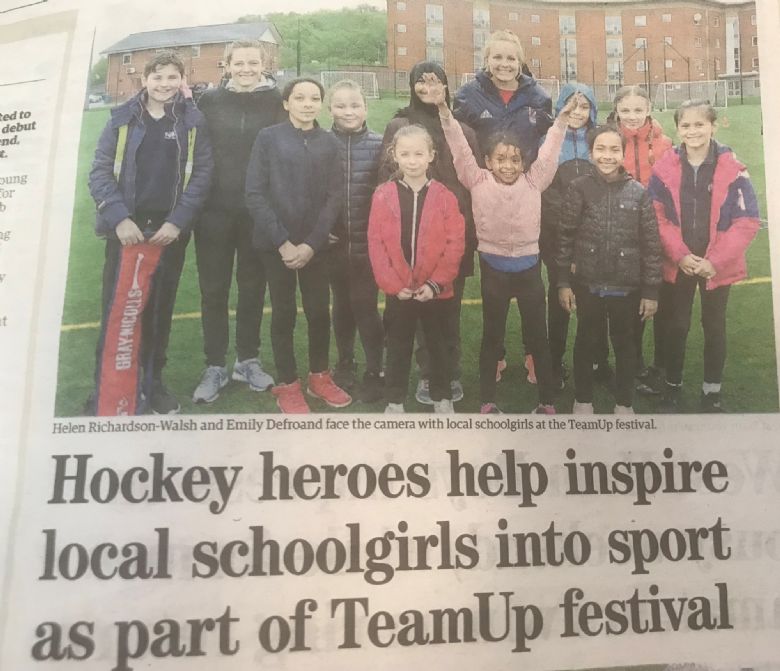 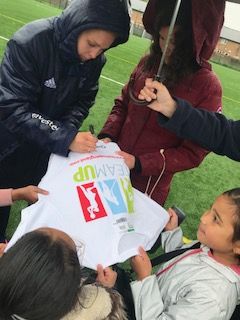